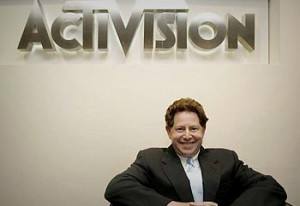 Activision Blizzard’s often controversial CEO Bobby Kotick recently told Reuters at the Global Media Summit this tuesday, “We don’t view the App Store as a really big opportunity for dedicated games." Kotick believes that the best path for growth in Activision’s future is utilizing the community of franchises they currently control. World of Warcraft, the Call of Duty games, and other series have been massive cash cows for the company, likely making Call of Duty: Zombies [$4.99 / HD] seem like small potatoes in comparison. While the game has been near the top of the iTunes highest grossing lists since release, it’s hard to imagine that’s even comparable to the amount of money Activision rakes in on a daily basis from WoW subscriptions and console titles.

Kotick’s stance is somewhat understandable, and predictable given the direction the company has taken lately, prioritizing sequels and expansions of reliable series over exploring new territory. It’s still disappointing given the success that their current titles have seen on the App Store, as well as the success that similar large publishers such as EA and Gameloft have enjoyed. The up side to all this is that according to Bobby Kotick, the iPad may be an attractive platform for Activision in the future, but not quite yet. Given the sky-high adoption rates the iPad has seen, hopefully serious Activision iPad titles will be coming sooner rather than later.