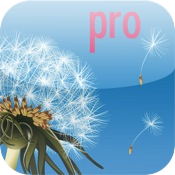 There’s an odd social disconnect in most “social" games. You can’t rate each other’s work. In life we wither or thrive under the scrutiny of peers, and whether this pressure is good or bad, it informs what we do and how we approach a given task or problem. This is what drew me to Haiku Wind Pro HD [$.99] for the iPad, oddly enough.

Haiku Wind Pro is a social-focused joint that encourages people to write and then rate anonymous haikus. The rating process is streamlined; a simple thumbs up and thumbs down indicator appears above each finished haiku. You need only click on one or the other to bring down righteous judgment.

The game launched last night, so the audience pool is shallow, but you can already see how others’ successes are informing or influencing new works. For example, my creative haiku based on the popular song “The Thong Song" is currently sitting at a -1 rating, while other more original, much more flowery haikus are receiving praise from others. The fledgling audience expects deeper, more garnish-laced poems and, as a result, that’s the majority of the content.

Imagine if Farmville [free] allowed you to rate each other’s crop placement or Bejeweled Blitz let you suggest the next move. Now, imagine that this rater or suggester was just a dude on the ‘net. You might think twice about how you play, right? This is what’s happening in Haiku Wind Pro and it’s neat to watch unfold, though its admittedly, very limited action at the moment. 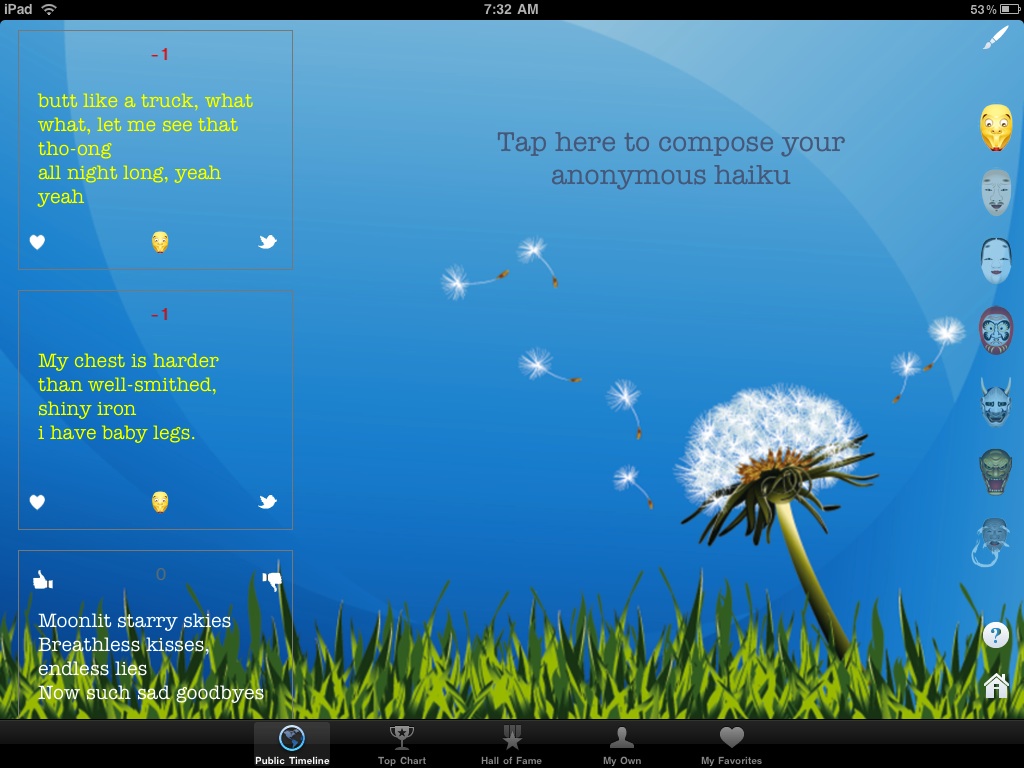 Another factor that majorly weighs into you producing the best, perhaps most popular works (as, perhaps, influenced by prior works) is the game’s persistent leveling system. As your poems are received well by others and you rate, you’ll gain levels. Haiku Wind Pro, in this way, is like an RPG where the experience points have been replaced by some sort of shared social currency.

The streamlined UI in Haiku Wind Pro also does its part in making it easier to rate and produce; it’s very, very simple. To the left, you’ll always see the latest haikus in a swipe-down, Twitter-style menu. To the right, you’ll see your current haiku and what level you’re at, denoted by a style of mask.

There’s not much more to Haiku Wind Pro; it’s a barebones game with a clever idea. But I think it’s a fascinating app in that illustrates a missing piece in our increasingly connected digital existence — actually connecting with people with what we’ve done or created. Also, it’s a neat study in how we inform each other in a confined space.