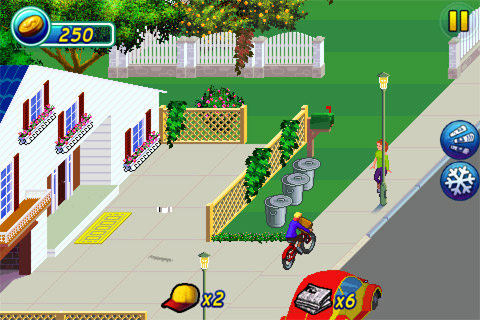 It’s been a bittersweet year for iPhone-toting fans of Atari’s ’80s arcade classic Paperboy. Elite brought a 3D-enhanced remake of the title to the App Store roundabouts last Christmas, only to pull it in March due to a license conflict. (All of the Atari ports were pulled from the App Store early this year.) Many of our forum members have lamented not grabbing the old favorite while it was available. Well, Paperboy is once again in the App Store, this time in the form of Paperboy: Special Delivery [link] from Glu. 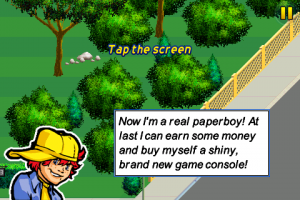 Paperboy: Special Edition is an enhanced incarnation of the original arcade, featuring a Story Mode that grants special abilities for game progress, such as freeze onscreen characters, throw multiple papers, auto-dodge obstacles — 10 abilities in all. The story behind the Story Mode is your quest, as a paperboy, to save enough money to buy a game console — which is delayed by romance and the need to start delivering roses in addition to papers. There’s also a quick-play Classic Mode that resembles the original arcade mode. While the Story Mode is the preferred method of play, it doesn’t bring that much extra to the gameplay.

The game offers three different methods of control. There’s an all-tilt mode where steering and acceleration are controled via tilt, a button mode where left / right are controlled with onscreen arrows and acceleration via tilt, as well as a joystick mode where everything is controlled via onscreen stick. I find the first method to be the most effective and the last to be the least. Overall, the control system is better than the (now-pulled) Elite version — an issue we were never able to get past with last year’s version. 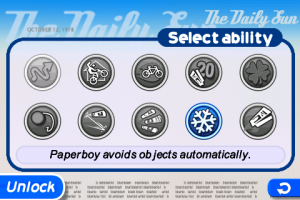 The graphics are reworked from the original, but with a retro feel. It appears to be a homage to the 1984 original, with an isometric style. It’s less “3D" than the Classic mode of the Elite version (and far less 3D than that verison’s 3D mode, which I was not fond of), but I prefer it to the earlier offering. What’s more, onscreen animation is smoother, on the whole, than in Elite’s outing. Not every synth audio track is present in this version, but those that are seem to be from the arcade original.

Scores and achievements are tracked online via Game Center integration. 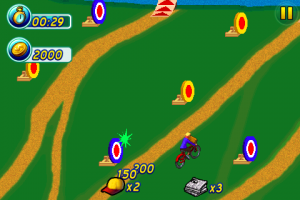 Fans of the original are definitely going to find Glu’s offering a fun way to pass the time. But, that said, in prepping for this review, I spent notable time with this Glu release, the earlier Elite release, and the arcade original via a Midway retro collection on the GameCube. I had the most fun, by far, on the GameCube. I would attribute that to a physical stick, the screen real estate, and every note of audio properly in place, just how I remembered it.

Bottom line: retro gaming fans who enjoyed the original as a kid should enjoy this version of Paperboy: Special Edition for iOS, understanding the usual touch-screen translation issues, and the fact that it’s not a faithful arcade reproduction. Overall, we enjoyed it more than the Elite version that is no longer available on the App Store primarily due to improvements in the control system.