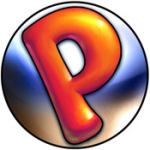 The popular PC and console puzzle game Peggle [99¢] was released in the App Store way back in May of 2009. Curiously, Peggle came without the background music found in other versions of the game, with developer PopCap promising that it was in the works and would be released in a future update. Many months passed without any news of music being added to the game, and it seemed that it would never come. Then this past June, more than a year after Peggle‘s App Store release, PopCap shocked everybody by nonchalantly releasing the long-promised background music update for the game.

Earlier tonight, PopCap once again released a surprise update to Peggle. This new update adds the entire sequel Peggle Nights to the original Peggle as an in-app purchase for $2.99. There are 6 demo levels for you to try before you buy, and the full Peggle Nights upgrade features 60 new levels across four game modes, with new challenges and trophies to earn. This video from YouTube shows some gameplay excerpts from the PC version of Peggle Nights:

Ever since the release of Peggle, people have wondered if Peggle Nights would also be coming to iOS platforms, but I don’t think anyone ever imagined it would come as an in-app purchase to the original game. If you’ve played Peggle to death on your iOS device and are craving more, then make sure and grab the latest update and buy the Peggle Nights add-on for $2.99. If you don’t already own Peggle, now is a great time to pick it up as it’s currently still on sale for 99¢.

Update: It appears that some players in our forums and in the comments below are experiencing problems with the game after updating. I have played through a large chunk of the Peggle Nights content without any problems on my iPhone 4, but others are saying the game is crashing at the PopCap splash screen on their device. You may want to hold off on updating until PopCap can issue a fix, and if you are suffering from problems you can send them an email on the PopCap support portion of their website.

Update: The Peggle Nights in-app purchase is now on sale for 99¢.