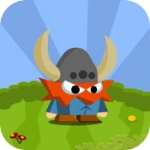 Vikings are widely considered a gruff and fearsome group, but what many people may not know is that they have a softer side as well. This has never been more readily apparent than it is in the game Axe in Face [99¢] from Blue Carrot Games. The Norse gardener Red Beard, when he’s not looting and pillaging, likes to tend to his beautiful plot of yellow daffodils. His fellow Viking peers apparently don’t share this appreciation of fine horticulture and will brazenly trample through Red Beard’s garden, crushing the delicate flowers beneath their feet. This enrages Red Beard, and he deals with it in typical Viking fashion – by throwing an axe at the offenders and lopping off their heads.

Okay, so that part doesn’t exactly qualify as the “softer” side of Red Beard, but it is an effective way to keep people out of your garden. Axe in Face can best be described as a line drawing defense game. Your daffodils occupy the left edge of the screen while waves of impolite Vikings approach from the right. Drawing a line from Red Beard creates a path for the axe to travel on before returning to him like a boomerang, and the goal is to behead as many Vikings as possible with each throw while not allowing any of them to get by you and into the garden. You can only throw one axe at a time and must wait for it to return to Red Beard before throwing again, and if even one Viking gets into the daffodils it’s game over. 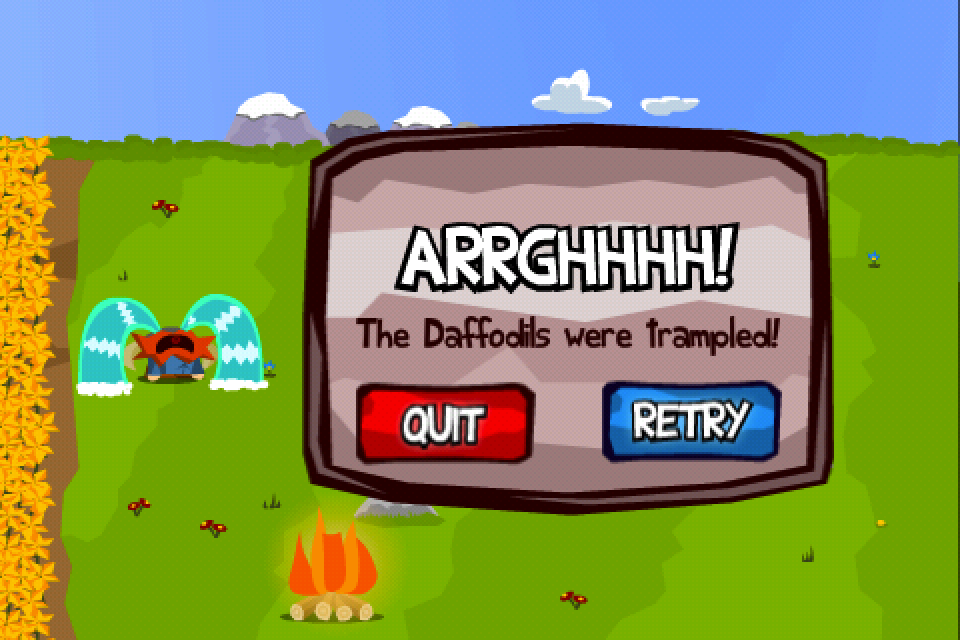 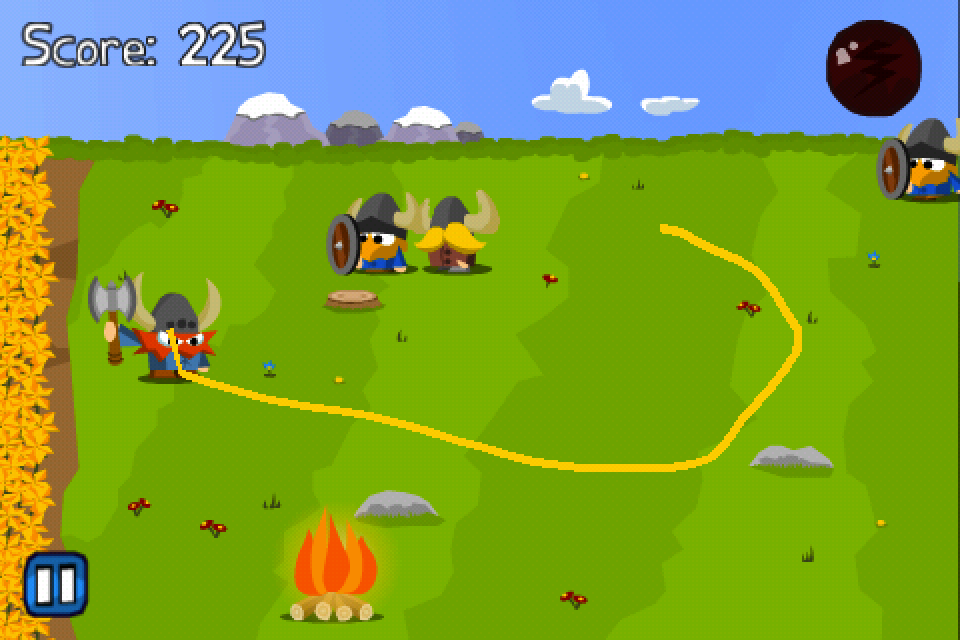 There’s also some strategic elements to Axe in Face that add challenge and variety to the gameplay. Since the waves of Vikings are constantly moving forward, you’ll need to lead each axe throw in order to ensure it crosses their path. There are different types of Vikings moving at different speeds, and it can be really satisfying to time your throw just right as to hit a group of them in one throw. One type of Viking is holding a tree as he walks, and your axe must first pass through a fire at the bottom of the screen before it will do damage to these enemies. Also, orbs can be collected from beheaded Vikings which contribute to a special meter which can allow you to either zap three Vikings with lightning or freeze the playfield and slow down their movement.

All of these elements come together really well in Axe in Face providing a simple concept with just enough depth and strategy to keep things interesting. It can be an incredibly challenging game too, but not overly frustrating. Rather than get mad at failing a level I can’t help but smile as Red Beard bursts into tears when his flowers are trampled. The graphics and sound effects are really well done too, and Axe in Face contains 32 increasingly difficult levels and a number of achievements which should keep you busy for quite a while. Players in our forums are really enjoying the game, and the developer is there as well to answer questions and take suggestions for future updates. If you’re looking for a game that blends elements from different genres in a fun way and provides a hearty challenge, Axe in Face is definitely a solid choice.