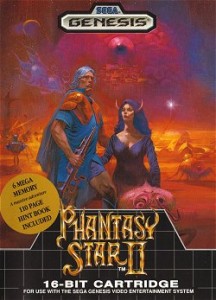 Back when Sega was releasing games like Sonic the Hedgehog [$5.99], Sonic the Hedgehog 2 [$5.99], and Streets of Rage [$2.99] wrapped in their Genesis emulator we were increasingly critical of the poor performance and mediocre controls. These types of games were built to be played at a high frame rate, with gameplay that basically requires the precision found in the original physical Genesis controller and just flat out didn’t work that well on the iPhone. With every one of these games that Sega released, people posted in comments and on our forums asking where in the world Sega’s massive back catalog of RPG’s and other games that would work phenomenally within the constraints of the emulator.

Sega finally responded by releasing Shining Force [$2.99], an effort that was hard to say enough good things about in our review. Tonight they’ve released Phantasy Star II [$2.99], and much like Shining Force, the slow pace of the game completely negates any performance issues of control inaccuracies and instead just provides an awesome classic RPG in your pocket. 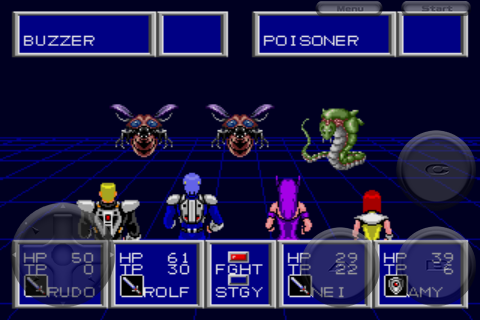 Phantasy Star II is the sequel to Phantasy Star, a Sega Master System game which didn’t see another release in North America until it appeared on the Gameboy Advance and then the Wii Virtual Console. Playing the first is by no means required to enjoy the second, as the plot of Phantasy Star II follow the now entirely cliche story of ridding the world of ultimate evil while the backgrounds of the various characters that make up your party develop. Phantasy Star II has made it on to several greatest games of all time list, and it really should be played by any fan of turn based RPG’s.

Really the only thing I could ask of this port is some further refinement to the emulator. Phantasy Star II badly needs a way to speed the game up as your movement is more than a little slow by today’s standards, a “problem" other PC emulators have solved by allowing you to crank the speed of the game up. I somehow doubt Sega would ever implement these kind of tweaks, but enough complaining did get them to release two fantastic RPG’s so far, so who knows.