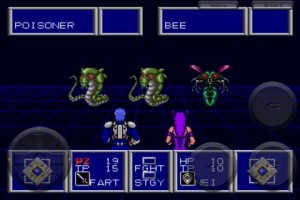 When Sega first started releasing its emulated games like Sonic the Hedgehog [$5.99], Golden Axe [$2.99] and others, everyone wondered where Sega’s array of classic RPG’s were. Sega responded by releasing Shining Force [$2.99], leaving commenters and forum posters happy, but asking for the Phantasy Star series next… Which is exactly what Sega is delivering this Thursday.

Much like Shining Force, Phantasy Star II is a turn-based RPG that works marvelously with Sega’s emulator. Text entry is a little dicey, but otherwise navigating the game world and engaging in battles works wonderfully. The emulator also does a great job of saving the game state when you quit the app, making Phantasy Star II surprisingly workable as a pick up and play game. 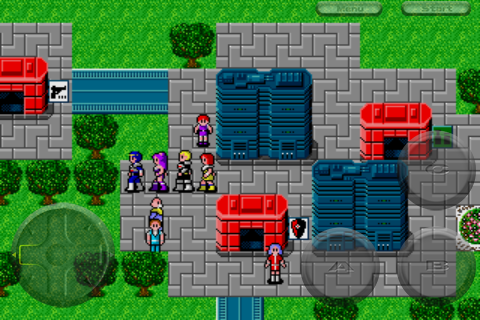 I still need to spend more time with Phantasy Star II, as like most RPG’s the game is quite epic, but so far things are looking very good with this classic Genesis game on the iPhone. Just like Shining Force, all the down sides of Sega’s emulator fade away when you’re playing a game that doesn’t require precise control or high frame rates. Stay tuned for a more comprehensive review when the game arrives on the App Store this Thursday.