Lima Sky’s Doodle Jump [99¢] has been consistently updated with new things since its inintial release in March of last year. The Doodler has jumped through holiday snow, Halloween graveyards, lush jungles, the vastness of space, the fields of the World Cup, and now he takes to the seas in a recent update. Also, the latest update which just hit the App Store adds high resolution Retina Display graphics for the original, space, and underwater theme with the rest coming soon: 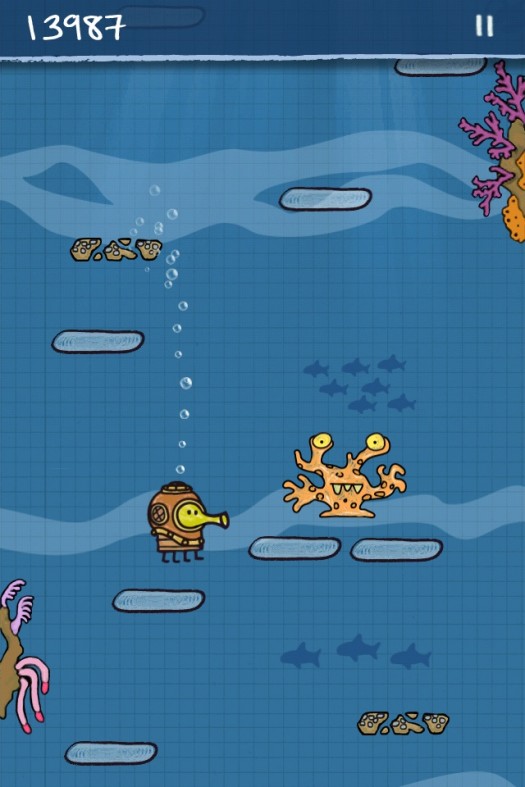 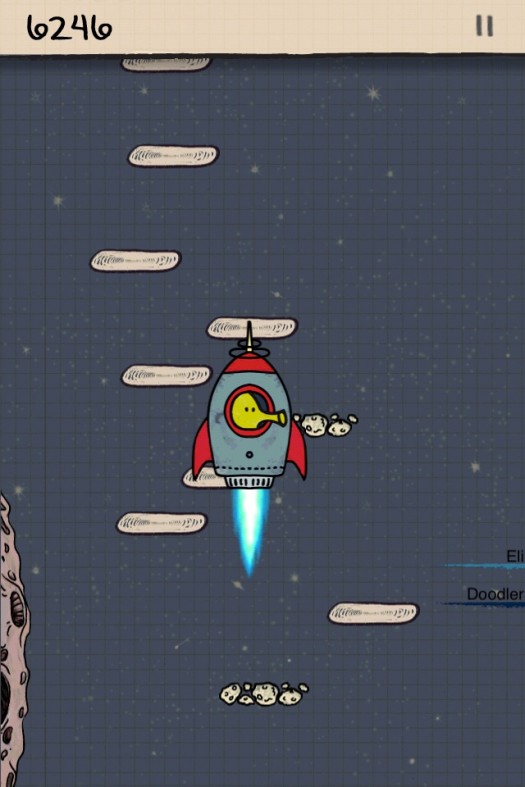 Doodle Jump has been downloaded over 5 million times, and since its initial release has become a pop culture phenomenon with mentions on sitcoms, talk shows, and even appearing on the costumes of dancers at Lady Gaga concerts. If you’ve got an iPhone 4, make sure you grab the latest Doodle Jump update ASAP.