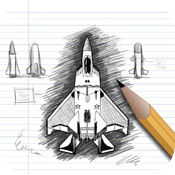 If you’re anything like us and have been around through multiple device generations, tidal waves of freebies, 99¢ sales out the wazoo, and all the other contributing factors that have lead to the apps section of your iTunes library to be the same completely unmanageable pile of so many games you can barely scroll through them, you know how much of a challenge it is to keep up with the constant stream of updates to the various pieces of your app collection. While slamming a pepperoni-greased finger down on the “update all" button a few weeks ago, I missed a Sketch Nation Shooter [99¢] update which addressed my two major beefs with the game: I dislike anything that requires Facebook to work, as my Facebook is a holy place reserved for friends, family, and incessant Frontierville spam. Secondly, while the custom game sharing was amazing, finding anything quickly became impossible as more and more people submitted their creations. 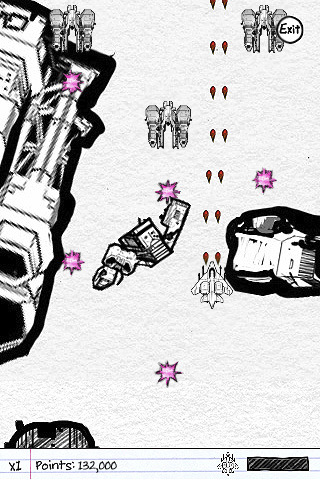 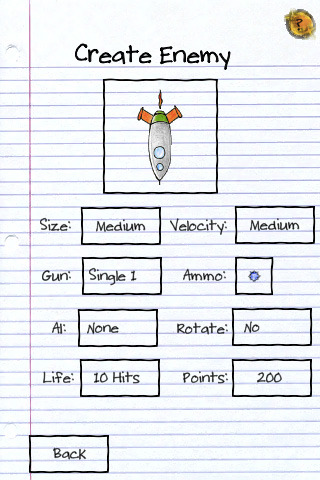 If this is the first time you’ve read about Sketch Nation Shooter, you’re in for a treat as it’s a fantastic idea for an iPhone game. Basically, Sketch Nation provides the building blocks to create simple shooters and avoidance games. You literally draw your ship and the various enemies that will appear in game, photograph them, then as if through some kind of magic the game is able to analyze these photos and import your individual drawings in to the game world. Even if you’re terrible at drawing, this entire process is a ton of fun.

If you’re not interested in creating your own game (or have an iPod touch and are obviously incapable of photographing your drawings) there is an absolutely massive database of games that other people have created, freely available. Because the designers of these Sketch Nation creations are limited by the tools offered by the sandbox of the game itself, a lot of them feel very similar, but the creativity that has gone in to many of them (particularly the higher rated ones) is often astounding.

For more information on Sketch Nation Shooter, check out our review. You can get a ridiculous amount of play time out of this game if you get sucked in to the creations of others as well as your own and this recent update added a few DLC art modules so you don’t even need to be able to draw at all if you’d rather just use the pre-packaged art for your games. With Facebook dependence a thing of the past, and an enhanced interface for browsing user-created games, Sketch Nation Shooter is now even easier to recommend.