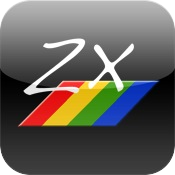 Many who grew up on “home computers" in the ’80s, and retro gaming fans in general, have been enjoying Manomio’s Commodore 64 emulator on the iPhone. A new app that appeared in the App Store this morning should have particular appeal to our European readers who match that description. ZX Nostalgia [App Store], from Manuel Cabello, is a Sinclair ZX Spectrum emulator that comes bundled with 14 games that, according to the developer, run at full ZX Spectrum speed on all models of the iPhone and iPod touch.

ZX Nostalgia sports a minimal, multitouch interface that provides interaction with the bundled games via screen taps (for in-game menu selection), virtual joystick, and a fire / action button. Games are selected for execution in the emulator by way of a simple menu and can be played in both portrait and landscape mode, depending on the device’s orientation. 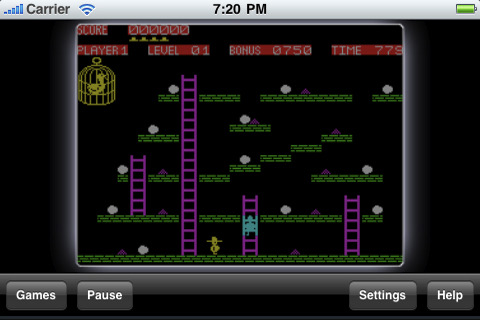 The following games are included:

It’s a rather solid list of games, with a few true classics in the mix. Unfortunately, it’s unclear what the developer’s plans are concerning the potential addition of more games down the road. A screenshot of the game’s App Store page shows an “ADD" button on the game list screen that is not present in the release version, and there’s scant contact info for the developer on the web, so that’s a big question mark right now. 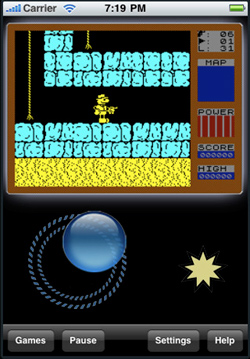 ZX Nostalgia does a rather nice job of running the included games, with a very functional control system to boot. Readers who have already grabbed the title are impressed. If you’ve ever been faced with the dreaded “R Tape loading error," then this one’s probably for you.

(ZX Nostalgia is not the first Spectrum emulator to appear in the App Store. ZXGamer was released last year, but offered abysmal performance and was pulled after it became apparent that it was a WebKit-based rip of another’s emulator.)

The ZX Spectrum is an 8-bit home computer that was released by Sinclair Research in the UK in 1982. It is based on the Z-80 processor running at 3.5MHz and features a 256×192 pixel display in 16 colors (with notable restrictions). The Spectrum was available with either 16K or 48K of RAM and was followed up by several models offering more memory, enhanced audio, and such. The American gamer who was around to see home computers in the ’80s probably best remembers Sinclair Research from the Timex Sinclair 1000, an extremely inexpensive, black & white 4K computer sold in America, itself a take on the European Sinclair Zx81. A later attempt was made to actually bring a modified version of the ZX Spectrum to the US in the form of the Timex Sinclair 2068, but it failed badly for a number of reasons and is remembered by few.