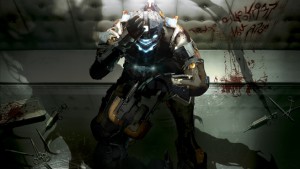 Visceral Games (formerly EA Redwood Shores) never ruled out the possibility that its upcoming third-person horror title Dead Space 2 would come to the PC. Strange as the non-committal attitude has been — the original Dead Space hit the PC, after all — there’s little doubt now that the game will be, at some point, mouse and keyboard friendly. It also appears as if it could be swipe, flick, and shake-friendly in the near future, too.

Dead Space publisher EA released an updated version of its blockbuster title release schedule (via Shacknews), seemingly confirming that Dead Space 2 is headed to the PC. Interestingly, it also includes a mention of the iterative title hitting “handheld / mobile."

Rumors swirling around Visceral’s last Dead Space title, a Wii-exclusive on-rails FPS sub-titled Extraction, have long suggested that the critically praised, yet financial underperformer, could be making its way to the Xbox 360’s and PS3’s respective download services. More recent rumors have also pegged Extraction as an iPad title, which we thought was absurd until seeing EA’s recent release schedule.

Of course there’s a chance by “handheld / mobile" EA only means a PSP release, but given the fact that the recently iPhone-released FIFA 2010 World Cup is also labeled “handheld/mobile", it seems very possible.

This is the first we’ve heard of Dead Space 2 hitting a mobile platform, so naturally there’s no details. We’ll ask a few questions and try to get some answers. In the meantime, keep thinking those happy thoughts. You know, the ones that star big multi-armed monsters? Those. Think those thoughts.