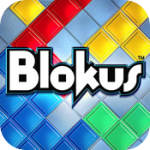 Admittedly, I seem to be behind the times when it comes to modern-day board games. So when Gameloft announced the release of Blokus [AppStore], it barely registered on my radar, despite its award winning table-top origins.

For anyone else in my position (though I’m sure the majority of you are better informed) a description of Blokus is warranted. A colorful, tetris-like affair, Blokus has you competing against other players to cover more of the board in your tiles than can. The trick is that you have at your disposal 21 differently shaped tiles, which can only connect at the corners– no adjacent or touching tiles are allowed of your own color or the move is invalid. Each player takes it in turn to play one tile, until players are eventually eliminated by being unable to play a valid turn. Squares are then counted up, with the player owning the most tiles on the board claiming victory. 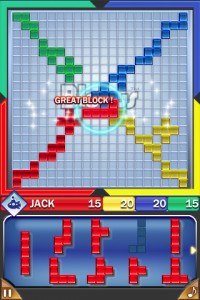 It’s a simple process that evidently has an enormous amount of strategic value for those wishing to understand the nuts and bolts of the gameplay and really get good. Fortunately for the uninitiated, Gameloft have compiled a set of single-player tournaments to teach you the basic strategies and handling of the game. The controls are smartly designed and easy to learn– tiles are twisted and flipped with intuitive swiping and rotational gestures, and are picked up by simply tapping the tiles in the bottom tray. After mastering the controls, the rest of the single player Tournament mode introduces a number of gameplay variations to keep things interesting, including the two player board game variant, Blokus Duo.

While the single player Tournament mode is challenging enough, offering 6 cups to unlock scaling up to the Legend difficulty, Multiplayer is where the game appears to shine. I say appears because at the time of this writing, I came across no games to join, nor were any that I created populated. This was really a shame, as it is clear that a game as rich in strategy as Blokus supporting up to 4 players simply needs to be played competitively. Gameloft have done a great job facilitating the multiplayer element of Blokus too, offering both an Online mode (WiFi and 3G supported) and a Network mode to connect to your friends. 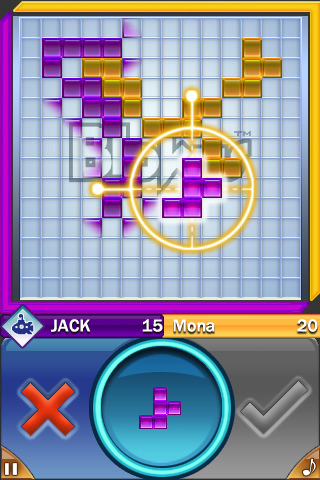 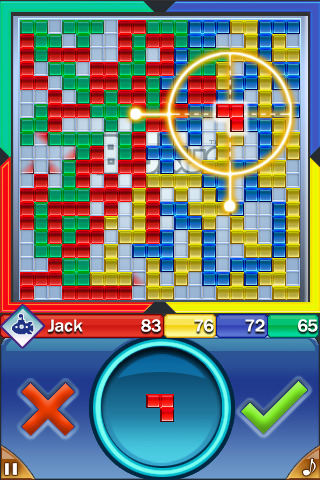 If you’re a fan of the board game, you won’t need me to tell you that this is a game that really gets you thinking. You’ll soon learn through lots of trial and error (and cursing, as your opponent deftly blocks your entire gameplan) just when and how a particular piece should be played, or how to shut down a particularly aggressive opposing player. It’s a great looking, quick-paced game that is perfectly suited to the App Store, and shouldn’t require much thought to pick up for those interested in strategic and competitive multiplayer puzzlers.

Here’s hoping that more people get on board the online multiplayer system!