VH1 has released the iPhone and iPod Touch version of it’s version of classic Intellivision games. The iPhone version of the game is a free download and comes with Astrosmash. The other five games are available for in app purchase at $0.99 each. In contrast the iPad version which was released late last week costs $2.99 but includes all 6 games together. Here’s a description of all 6 games: 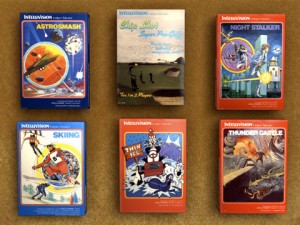