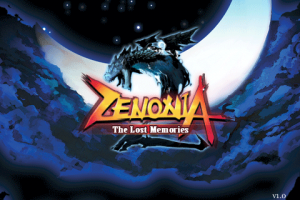 When I wrote the closing thoughts of my four-star review of Across Age a couple of months ago, I commented on the fact that the game marked a continuing increase in the quality of App Store RPGs, and I wondered if Zenonia 2 [App Store] would be able to keep the pace. Zenonia 2 has been out for a few days now, and I’ve finally been able to put it to the test. The conclusion that I’ve come to is that while this isn’t markedly better than any game before it, it is a massive improvement over the original game and stands among the best RPGs on the App Store.

The plot of the first game followed a young boy named Regret in the midst of a war between the Holy Knights of the land and a clan of dragons. This sequel traces a new story in the same universe with one of four selectable characters as the stars. A half-naked swordsman, gun-toting blonde, animal-man hybrid melee guy, and generic, emo magician make up the cast, and each play quite differently. Choosing one character over another won’t change the story in any significant ways, but each character does come with some side-quests specific to them. I wasn’t extremely impressed by the quality of the game’s story as a whole, but I can say with some confidence that it’s an improvement over the one in the original game. 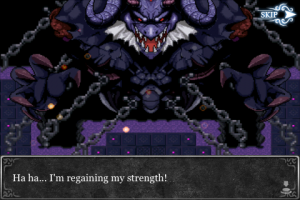 Spelling and grammar errors, a clunky menu system, and an annoying hunger system held the first Zenonia back from greatness, but its enjoyable real-time battle system made it into a game that many loved. While the story in Zenonia 2 might not be especially better, numerous other elements are. The menu system in particular is leagues better than the previous game’s (although it does still need some work; combining items and dealing with duplicate items is a big pain in the bum).

The game still uses SNES-era-inspired graphics, so it looks good for a mobile port. The hunger system is back, but in a much more manageable fashion that doesn’t grind on one’s nerves. I still can’t believe that your equipped armor and weapons show in-game on your character. That’s a feature that rarely makes its way into 2D games, but certainly should more often. One feature that has been showing up more commonly in App Store RPGs is online PvP matches. I was a bit disappointed that it isn’t “real" PvP (the computer controls a downloaded version of your opponent’s character) but it’s cool that Gamevil included the option. 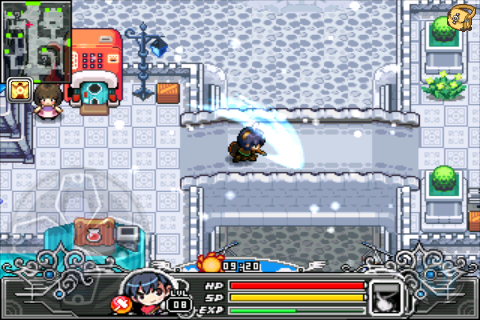 The core of Zenonia 2 is largely the same, but for some reason it just feels bettter than before. The game has some of the most customizable controls I’ve ever seen, so maybe that combined with the new touch-controlled menu system is what makes the difference. The best part of the game is still the battle system. The auto-turn-to-face-enemies feature and easily accessible skills gives everything a clean, fast-paced feel, and fans of RPGs know what I’m talking about when I say that there’s just something fun about dashing around leveling up and increasing a character’s stats. 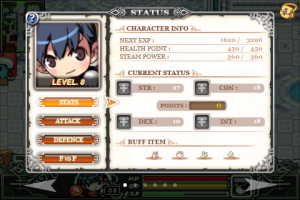 Zenonia 2 still has its flaws. Having to repair items sucks, plain and simple, and the item combination system is pretty boring. A couple of times I ran into a glitch where it seems that items I picked up failed to show up in my inventory. The cutscenes are generally well-done, but the opening cutscene in particular is way too long, even to the point of being tedious. I did some lurking in our forums and found that other users have been experiencing the problem as well, so I hope that Gamevil addresses the issue with an update soon.

Honestly, if you really disliked the first game, you probably won’t feel differently about Zenonia 2. If you’re like me and you enjoyed the first game but had a few grievances with it, however, this game fixes those problems. I hate to fall back on Across Age as a reference point, but in my mind it’s the App Store RPG to beat. The fact is, Zenonia 2 is just as good as Across Age, and those who’ve gotten their money’s worth out of that game shouldn’t hesitate to drop the cash to download this game. I can nitpick all day about the lame item-repair system or that awful opening cutscene, but the most important part of this game is how the battles feel, and Gamevil hit that nail on the head.