Apple’s keynote is starting in a few minutes where Steve Jobs is expected to take the state at the Yerba Buena center in San Francisco. What happens from there is anyone’s guess, it seems the entire world is anticipating some form of Apple tablet, and so far the spy shots Engadget posted last night seem to be the most believable: 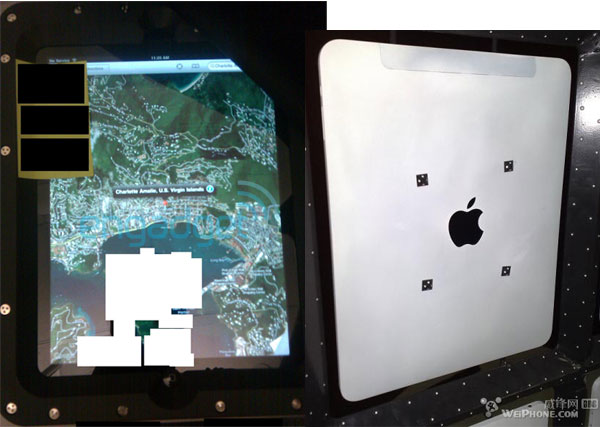 Nearly every tech blog on the planet is going to be providing some form of keynote coverage. On TouchArcade, we will be focusing on things that pertain to gaming. Stay tuned, things should start rolling soon.

Like all Apple events, Steve took the stage and wasted no time on getting knee deep in amazing sales statistics. Apple has sold over 250 million iPods since the initial launch in 2001, and since the inception of the App Store, there are now 140,000 apps and a few weeks ago they announced the 3 billionth download. 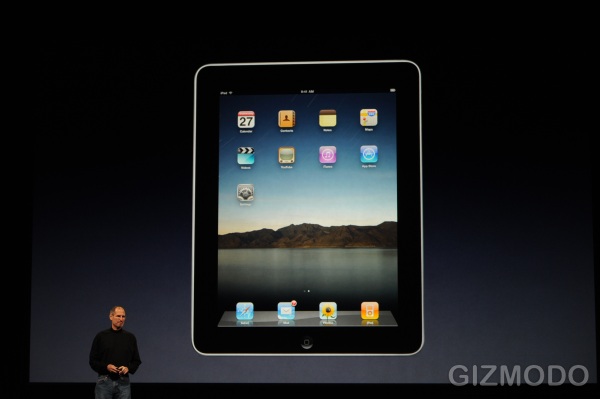 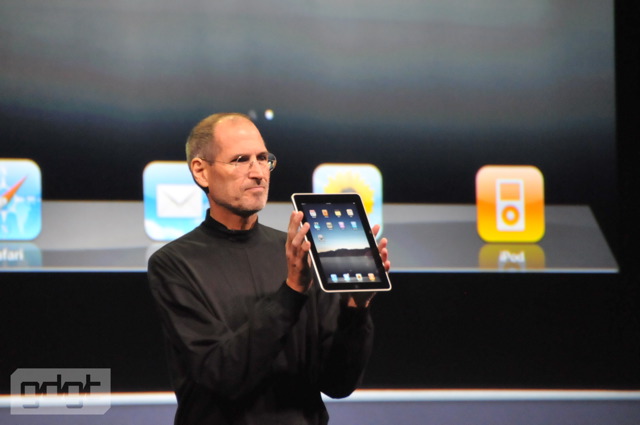 So far the iPad seems to work exactly like a large, high resolution iPod touch. Or, in the words of Steve, “it’s so much more intimate than a laptop, and it’s so much more capable than a smartphone." Jobs has gone through the email, web browsing, contacts, media playing, maps and other functionality. The device itself looks amazing. All we need now is for Steve to load a game…

Here are the stats: 9.7" IPS display with great viewing angles, 0.5 inches thin, 1.5 pounds, all with Apple’s world class multi-touch sensors. 16, 32, or 64GB of storage. 802.11n WiFi, Bluetooth, and a custom chip called the “A4" which “screams" at 1Ghz. The iPad also has accelerometer, compass, speaker, microphone, dock connector, and best of all, 10 hours of battery life with a month of standby time. 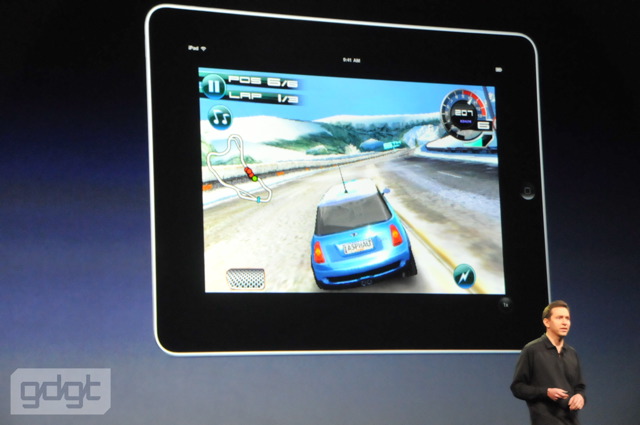 Steve hands the presentation over to Scott Forstall, SVT of iPhone software. According to him, “We built the iPad to run virtually every one of these apps unmodified right out of the box. We can do that in two ways — do it with pixel for pixel accuracy in a black box, or we can pixel-double and run them in full-screen. This is really cool.”

Scott goes on to show ESPN’s Snowcross, both full screen and scaled to iPhone resolution: 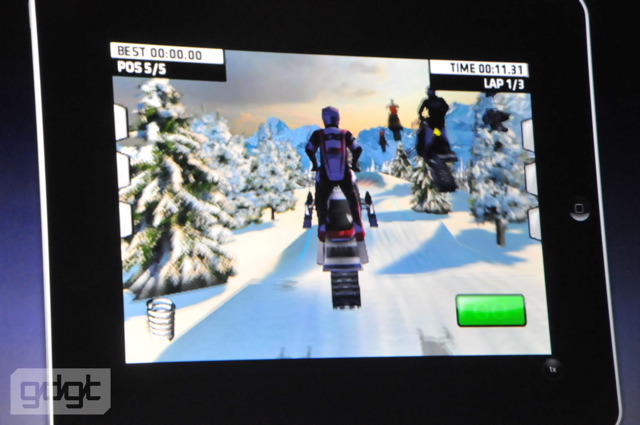 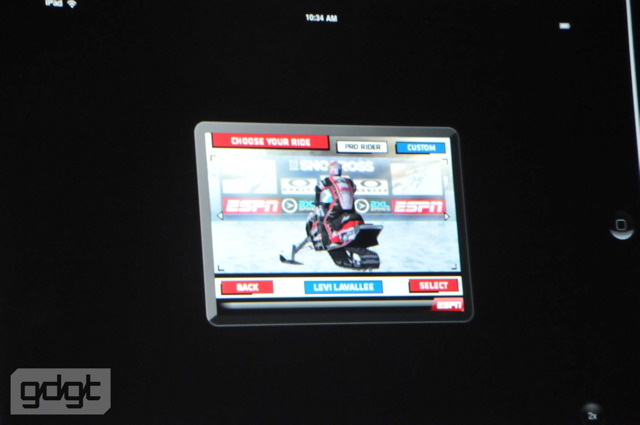 The new SDK for developing applications for the iPad will be available today.

Two weeks ago Apple started inviting developers to get a sneak peek at the iPad, the first of which was Gameloft. Nova running on the iPad: 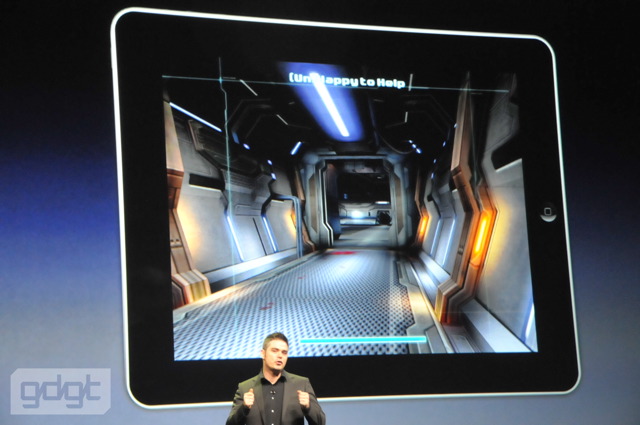 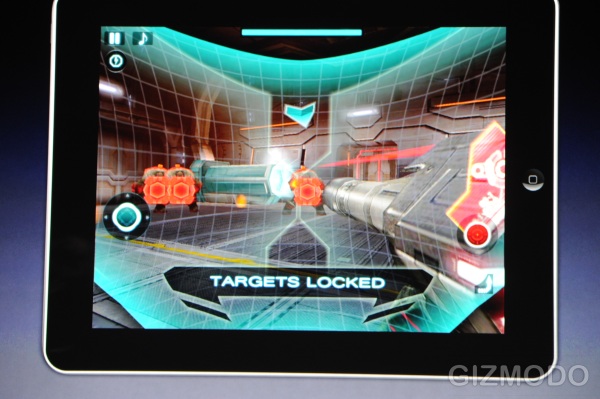 After showing apps for the New York Times, and a painting app called Brushes, Apple invited EA’s Travis Boatman on stage to demonstrate Need For Speed Shift which is controlled either via touch or tilt, much like the iPhone version: 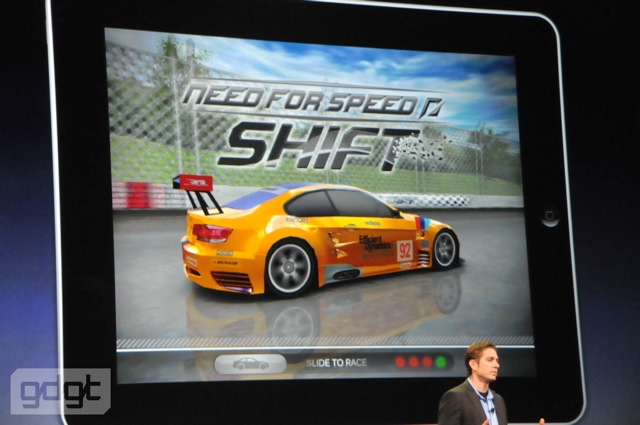 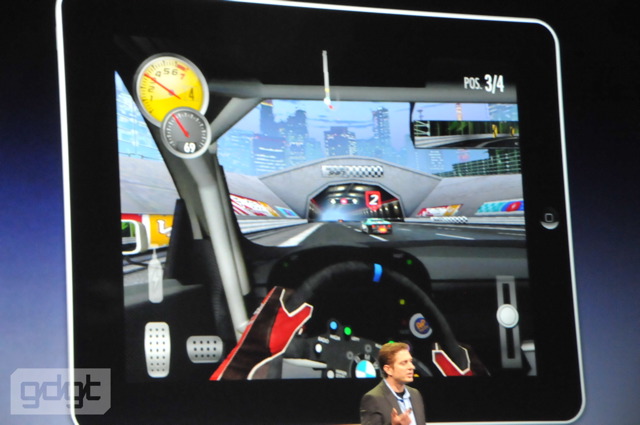 The iPad will have 3G data connectivity, pricing is as follows: 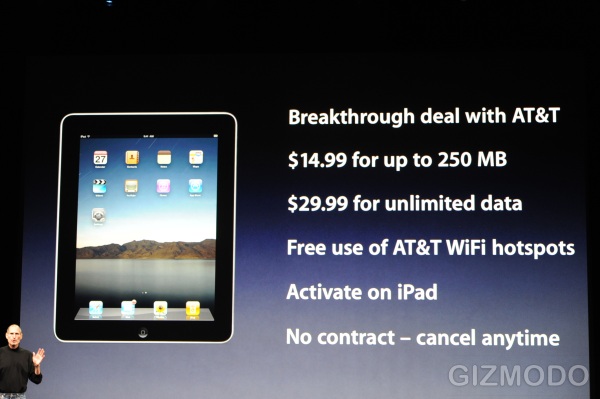 iPads will be available within 60 days, and pricing is as follows: 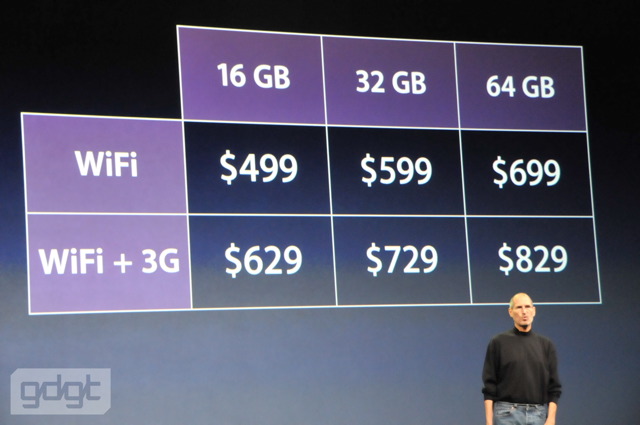 Detailed information on the iPad is now available on the Apple web site: http://www.apple.com/ipad/.

Photos by Gizmodo and gdgt.