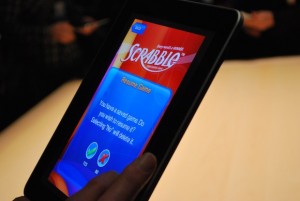 Media who attended the Apple keynote are now being allowed some hands-on time with the iPad, and so far the first impressions make the device sound pretty awesome. Gizmodo describes the iPad as “…substantial but surprisingly light. Easy to grip. Beautiful. Rigid. Starkly designed. The glass is a little rubbery but it could be my sweaty hands. And it’s fasssstttt." While Engadget confirms the speed of the CPU, they described the iPad as “…not light. It feels pretty weighty in your hand."

Joystiq provides some details on gaming with the device. The iPad features a “2X" button which scales any iPhone app to full screen, but of course this comes at a graphical cost. Much like upscaling Gameboy Advance games on the Nintendo DS, or Sony PSone classics on the PSP, games are said to look noticeably upscaled. They felt that Need for Speed: Shift actually controlled better with the larget screen, as tilting the device had less of an effect on the screen. 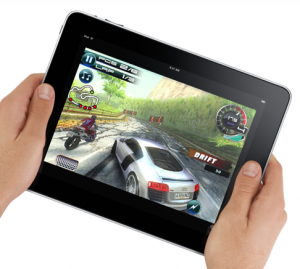 Also, as we expected, the sheer size of the device makes it impossible for your thumbs to obscure most of the screen as you’re playing games like NOVA. According to an Apple representative at the event, iPad-optimized games will have their own section on the App Store, although the SDK allows for apps which will run equally well on both devices.

With the SDK for the iPad available today, we expect to hear quite a bit from developers. We’ve already heard from the people at OpenFeint who are pledging their full support to the platform, and Firemint just dropped us an email announcing an optimized version of Flight Control for the device. They are also “working on some incredibly fun and exciting games that will look amazing on iPad and take full advantage of its features, as well as working brilliantly on iPhone and iPod touch."

Jon Kromrey, GM of the Apple games divison of Namco network also dropped us a note saying how excited they are to create AAA games for the device and feel “the iPad will play a significant part of our goal to reach any player, anywhere at any time."