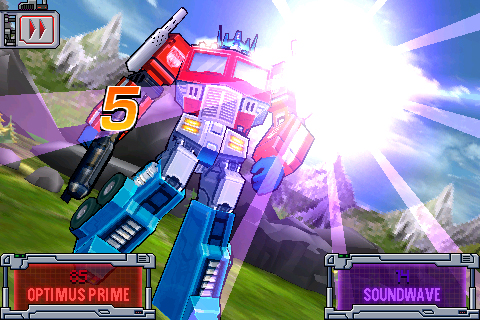 Based on the original story of Transformers, use the strengths of each Autobot to defeat the Decepticons in turn-based strategic battles. Capture sources of Energon power to reactivate, repair or upgrade your Transformers. Featuring up to 23 playable characters and a skirmish mode to play friends as Autobots or Deceptions, there is more to Transformers G1: Awakening than meets the eye.

The mobile version of the game was well reviewed by PocketGamer.co.uk and found to be challenging and enjoyable:

Essentially, Transformers G1: Awakening is resource management meets chess. While Optimus Prime (leader of your pack, the Autobots) appears to be a bit of an ‘all-rounder’, some of the rest of his gang are more specific in terms of their abilities, relying on either speed or restoring the health of team-mates.

We don’t have much other information about the iPhone version aside from the screenshot above and the fact that it’s coming “soon".

Meanwhile, check out the mobile trailer: