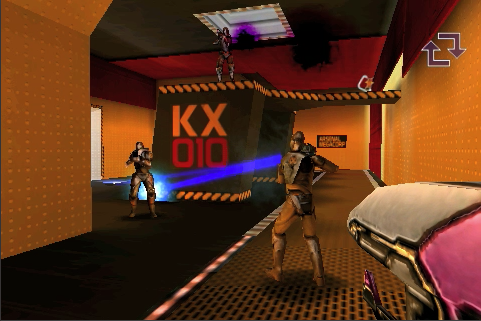 On the heels of the Modern Combat multiplayer update, comes exclusive details and screenshots about Ngmoco’s upcoming 1.1 update for Eliminate Pro.

The 1.1 update which has already been submitted to Apple will offer a number of armor updates, new skins, higher ranks and a new map for the popular first person shooter. One of the most anticipated addition comes with a new arctic map called “Knox" (pictured above).

Players will also be allowed to try limited use “prototype" armor sets that come already upgraded. This lets you test a set of armor complete with upgrades for a limited time without having to invest a ton of time and money by going down a path you aren’t sure you’ll like. Beyond this, Ngmoco is introducing new armor mods that allow you to further enhance armors beyond the stat limits of current sets. Special themed skins will also be available as seen here. And Ngmoco is also upping the rank cap of 50 all the way up to 70, to provide maxed out players loftier goals to shoot for. Finally, the ability to invert controls will finally be available.

The 1.1 update should arrive any day now. Apple seems to be rapidly approving app submissions ahead of the holidays.