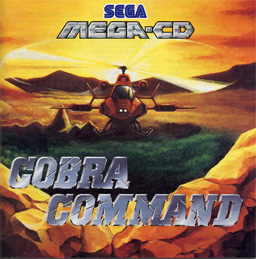 Data East’s Cobra Command [App Store] was originally released in arcades all the way back in 1984. At the time, its laserdisc-based graphics were nothing short of revolutionary and similar to games like Dragon’s Lair, made other games in the arcade look primitive in comparison.

In the game, you play as a pilot in the world’s most advanced helicopter, the LX-3 Super Cobra. Your enemies consist of an elite terrorist group, who also fly around in helicopters (although presumably nowhere near as advanced as yours). Gameplay involves an interactive movie playing behind a cockpit overlay with on-screen controls to move a crosshair around the screen to fire at enemies. There are also points in the game where you will need to follow the audio prompts of your commander and steer your helicopter, this is accomplished by tilting, or using the virtual joystick depending on what method you select in the game’s options.

Like other laserdisc games (Notably Space Ace [$4.99 / Free] and Banjo The Woodpile Cat [$1.99] on the App Store.) actually getting through Cobra Command requires fast reflexes, a good deal of memorization, and lots of trial and error. These games were designed as arcade machines with one goal: sucking up as many quarters from your pocket as possible. Even on easy, Cobra Command can be irritatingly challenging, but that’s all part of the charm of these retro games. 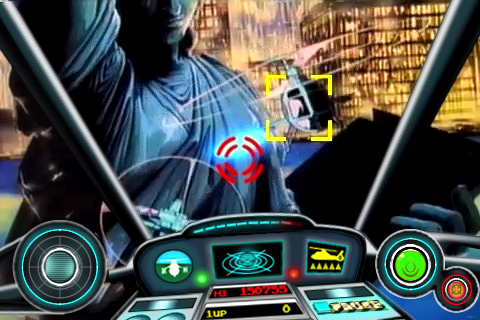 Cobra Command is completely remastered from the 1984 version, with fully restored video, a new cockpit and sound effects, as well as unlockables. There’s even an online leaderboard and hardly any noticeable delay between the different animated clips that make up the game. Of the laserdisc games available on the iPhone, Cobra Command is by far the most impressive largely because of how much care Revolutionary Concepts not only put in to bringing the game to the platform, but also bringing the game up to today’s standard instead of just doing a straight port of the original.

If you were around when laserdiscs games were the pinnacle of gaming technology and remember the people waiting in line to play Cobra Command and Dragon’s Lair, it’s going to be hard to resist this remastered version of the original arcade game. But if, however, these games are before your time, it’s hard to say how much you will enjoy Cobra Command, especially with how much video games as a whole have moved away from the “one small mistake and you’re dead" gameplay model in recent years.

Reactions in the thread on our forums have been positive so far, aside from issues with the tilt controls. This is easily remedied by just switching control of the helicopter to the virtual joystick instead of tilting. I’ve been having a great time with the game myself, but I’ve entirely lost count of how many times I’ve crashed my helicopter– An occurrence that seems remarkably common when I play.