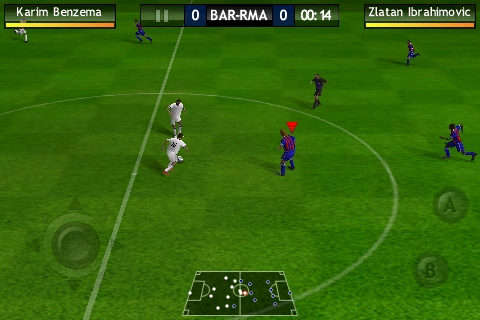 EA’s much anticipated FIFA 10 has been slowly being released internationally throughout the day. The U.S. release should happen in the next few hours, but the game is already available in Europe and Australia. Forum user Feltzam posted a detailed impressions post breaking down various aspects of the game:

Overall I’m quite happy with this game so far. The controls take a while to get comfortable with, but the game isn’t too easy or too hard, and … there’s multiple difficulty settings so you can find the perfect setting for you. I’m impressed with the level of content that EA put into the game. A lot of what’s in the console versions is in this version.

A full list of the Leagues/Teams available in FIFA 10 for the iPhone is compiled in this list. More impressions were also provided by Nizy.

Our gameplay video shows the basics of gameplay:

We’ll provide a more in-depth look at the game after we have had more time with it. In the meanwhile, further discussion is being collected in this thread. We will also update this post with the link to the U.S. version when it’s released tonight.