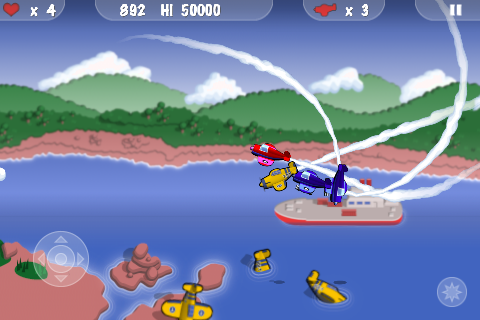 Tak Fung, an ex-Lionhead and ex-Sony graphics programmer, has announced his first iPhone game Mini Squadron. Fung previously worked on titles such as Fable 1 and Fable 2. He has now set his sights on making “a really fun shooting game" for the iPhone.

If his game trailer is any indication, it really does look like a lot of fun:

Mini Squadron offers old-school shooting gameplay with over 50 types of planes that can be unlocked as well as different weapon types and power-ups. You can shoot down enemy planes, bombers, UFOs, and even ducks. 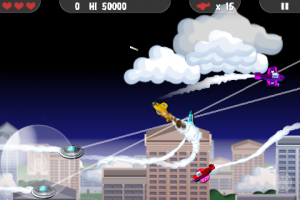 He describes the idea behind the game:

The idea and ethos with Mini Squadron is to bring a high quality, frenetic shoot-em-up to the iPhone, taking inspiration from old-skool games such as BIP on the Amiga (or BiPlane War I think before that on PC?) Wings of Fury, JetStrike and many other similar shooty games with lots of lil’ planes (^3^). I also love the games by Treasure (especially Ikaruga), and crazy japanese shooters such as Parodius, and I hope to get some of the originality and silliness of those games into Mini Squadron to make people chuckle whilst playing!

Mini Squadron is due for release in October.