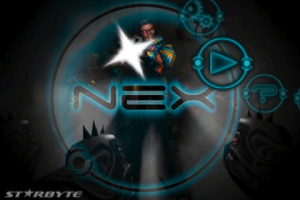 If squad-based first person shooters are your thing, StarByte’s NEX [App Store] may just be the game you’ve been waiting for on the App Store– featuring a variety of different objectives, ammo types, and menacing aliens at every turn. But how does NEX stand up against the existing shooters for the iPhone?

Your movement in NEX is controlled either by using a on-screen D-Pad, the accelerometer, or a combination of the two. Without any way to adjust the sensitivity of the tilt controls, I found them to be far too touchy and bordering on unusable. Deciding to stick with the D-Pad also created some issues because the control area is positioned so far to the left of the screen that often when I meant to hit the arrow to turn left, I ended up just tapping off the iPhone’s screen. The control method I found to be the most effective was just keeping my thumb on the forward arrow and just ever to slightly rocking it to the right or left to turn. 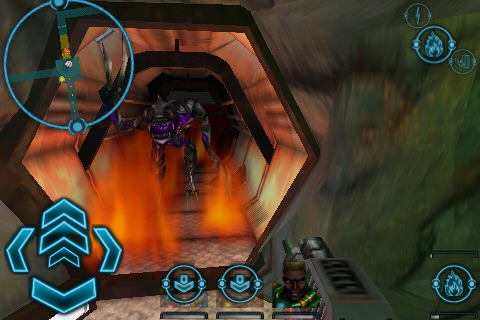 On-screen D-Pads are always kind of wonky, but playing NEX would be a lot more fun if they took some control hints from the virtual joysticks found in either Minigore, iDracula or the other twin-stick shooters that allow for a level of precision usually not found in a lot of on-screen controls. Thankfully, you don’t need to do any vertical aiming adjustments, and NEX does have a generous amount of auto-aim so you really only need to be facing towards the target you’re trying to shoot.

Aside from movement, the other controls work fairly well. A neat little dial in the top right corner of the screen allows you to scroll though the different ammo types you’ve picked up (such as more powerful laser or flame ammo), use health power-ups, and access the options. The wheel of icons you can spin through is a cool approach to the “virtual buttons everywhere" problem a lot of games have. The button to fire is in the bottom right corner, and lining the bottom of the screen on squad-based missions is a small portrait of your squad members along with their health bar. 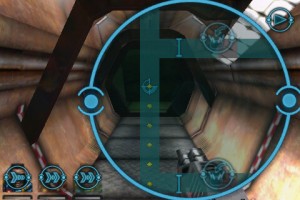 Tapping a squad member’s portrait allows you to control them, and more tactical options to control your squad are controlled via the mini map. A two-finger outward pinch gesture expands the mini map which you can then move around and zoom using the standard iPhone gestures. To make a member of your squad run somewhere, you tap them on the bottom of the screen to control them, then tap and hold the position on the map. When you exit the map, your assigned teammate will run to wherever you told them to go. Making squad members follow others is also done through the mini map, only instead of tapping and holding where you want them to run to, you tap and hold which unit you want them to follow.

The squad mechanic is pretty cool, but your squad members are fairly dumb on their own and seem to require an awful lot of micromanagement to do anything useful. Still, as far as I know it’s the first shooter that features squad functionality, so I suppose you’ve got to give StarByte credit for that at least.

How much you enjoy the gameplay will greatly depend on how much you loved the Alien series of movies, how well you can cope with the controls and your squad, but most importantly, how much beeping you can endure. Absolutely everything in NEX beeps. Your radar beeps when there is an enemy nearby, the game beeps when you’re low on health, and if you’re both low on health and there is an enemy nearby, you’re going to be listening to a veritable symphony of beeping. With that said, the atmosphere of the game is really cool.

As a fan of the Alien movies, playing NEX does seem eerily familiar to Ripley and her crew cautiously making their way down hallways looking at their radar screens while blasting oncoming xenomorphs. But, as much as I would like to enjoy the game, the clunky controls were a real show stopper for me. Reactions in our forum have been mixed as well, so if the idea of a squad based shooter still interests you, you’ll have to make sure you are willing to put up with these issues.

Update: StarByte has provided the following tutorial video exhibiting the squad controls and strategy required to complete level 4. They do walk you through the whole level, so only watch if you don’t mind it being spoiled: