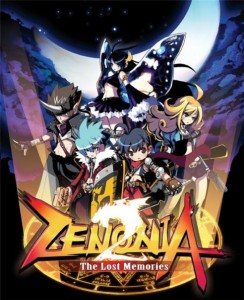 If you don’t keep your nose glued to our forums or the various Twitter feeds of game developers, chances are you’ve missed out on these four bits of news that have popped up in the last couple days:

Zenonia 2 was revealed on Gamevil’s Twitter. There’s a thread on our forums with all of the images that have been released so far complete with fans of the original sharing their anticipation with other forum members.

Gangstar had a teaser site for the game with screenshots and video revealed via Gameloft’s Twitter along with announcing that the game will be launched at $6.99 when it is finally released.

Madden 10 for iPhone was reportedly pushed back to September. We still have yet to hear any details on the game, its control method, or anything else outside of knowing that it’s eventually coming to the App Store. When in September it’s going to be released is currently anyone’s guess.

Mad Monkey Studios released another tech demo from their upcoming 3GS-only game project that we covered when it was first announced. We don’t have any more information than that, according to this video the game is going to be “sketch shaded":

The video shows a cool direction for the art style of their upcoming game to be taking, but it’s hard to get too excited over tech demos without having any idea what the final game will even be about.