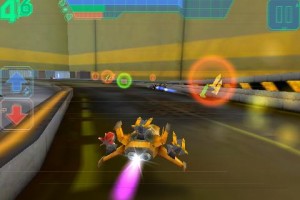 The video is said to be from an early prototype, so elements will change by release. There have been a few similar competitors including Low Grav Racer [Lite] and Phaze [Lite] that have both received mixed reactions in our forums.

For some reason we seem to be drawn to these futuristic-racing titles, likely in an effort to relive Wipeout. We’ll have to see if Protoxide can deliver.