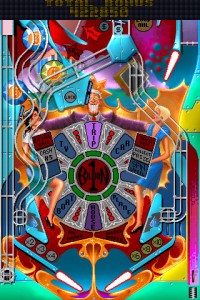 Pinball Fantasies features four tables, each with one or more high scoring rounds that are started by achieving certain targets. Each table is vertically taller and generally more complex than those in Pinball Dreams. Level details as described by the game’s Wikipedia entry: