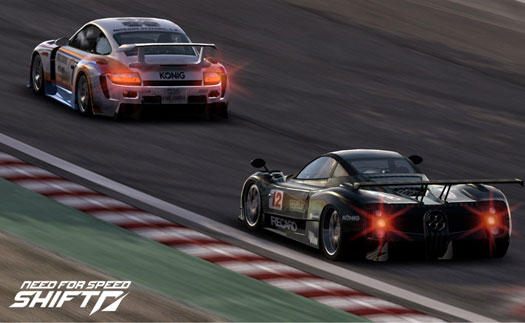 It appears EA will be bringing Need for Speed: Shift to the iPhone. The console version of the game is due in September and unlike their previous Need for Speed title, Shift is more of a sim racer rather than an arcade racer.

The news was noticed in our forums as a sidenote on a teaser trailer, but also appears on the official Need for Speed: Shift site:

Expect to be playing SHIFT in Fall 2009. It will be available on Xbox 360®, PLAYSTATION®3, PC and PLAYSTATION®PORTABLE (PSP) as well as on Mobile and iPhone.

The teaser/trailer for the console version looks impressive, but remember we don’t know what the iPhone version will look like yet: