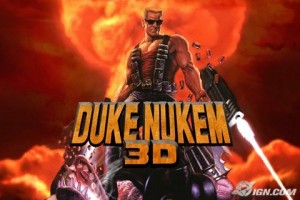 While Duke Nukem Forever may be dead, or close to it, MachineWorks Northwest has been busy at work porting Duke Nukem 3D to the iPhone. Developed by the same company that brought us Prey Invasion [App Store], Duke Nukem 3D seems to borrow heavily from the control scheme of both Prey Invasion and 3D Hunting [App Store]. IGN broke the news this afternoon, and according to them-

The developer has ported over the entire 1996 PC game to the iPhone, so if you have fond memories of ventilating pig-cops and saving strippers, all of this will be both welcome and familiar. It had been a long time since I last stepped out with the Duke, but settled right back into our old two-step after just a few minutes with an earlier build of the game. While MachineWorks has not monkeyed with the gameplay at all, it has subtly upgraded the visuals. The sprites still get a touch blocky up close, but they have been smoothed out so it’s not as harsh as you may recall. Those wise-ass cracks, though? They are full intact. 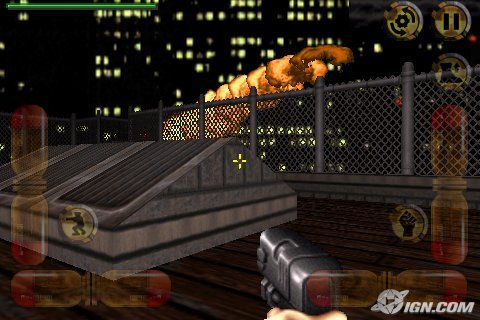 IGN shares our concern over the controls, but describes the tap-to-shoot mechanic as “far more tactile — and enjoyable." Either way, Duke Nukem 3D brings so much nostalgia to the table that fans of the series will no doubt find any control issues very easy to overlook.

I’ve emailed the developers, so hopefully we will have more information on the game before it’s released. Otherwise, IGN states Duke Nukem 3D will be on the app store “very soon."