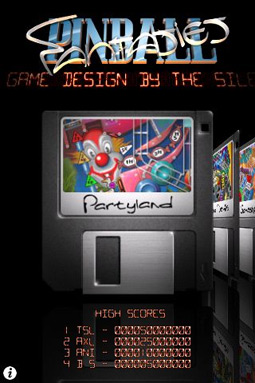 One of my very favorite iPhone games is Cowboy Rodeo’s iPhone port of the classic Amiga pinball game Pinball Dreams [App Store] from Digital Illusions.  It’s easily one of the best multi-table pinball games in the App Store.  And, while I greatly enjoyed the original on my Amiga back in the early ’90s, I found it’s sequel — Pinball Fantasies — to be a superior game.  And so it was with a smile on my face that I reported, back in February, that Pinball Fantasies was headed to the App Store.

And, based on an update from forum reader Mindfield, it seems Pinball Fantasies‘ release is just a few weeks away.

Mindfeld is a beta tester who’s been working with Cowboy Rodeo of late and was able to give us a feel of what’s to come in the iPhone port of this highly acclaimed title.

…the main menu is still familiar with its coverflow-style interface, but the high scores have been moved below so they can be seen as soon as you flip to a game. Flipping the game icon now rather amusingly shows you the back of a floppy disk. Most of the rest is still pretty familiar, though. In-game, all of the same features are present; all of the screen action areas are still there, and the pause menu still brings up the options to change graphics, lock orientation, and so on, but there’s a new option to add a “finger area” which blocks off a portion of the bottom of the screen dedicated to flipper use. This is purely a visual thing, in case you don’t want your thumbs obscuring part of the action. Landscape mode is still supported as well, which has its own natural areas for the thumbs due to the portrait nature of the tables, though it is at the expense of some visibility. 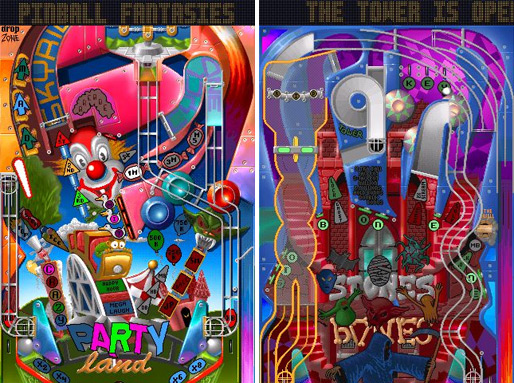 As I mentioned in my earlier post, the tables in Pinball Fantasies are vertically taller and generally more complex than those in Pinball Dreams, and the game features four different tables.

Mindfield indciates that the game runs rather close to a solid 60 fps on the 2G iPod touch and will be submitted to the App Store in the next day or two.  So, in the next few weeks, Pinball Fantasies for the iPhone should be available for download.

Have a look at the game in action.

Stay tuned for a closer look at this one when it goes live in the App Store.