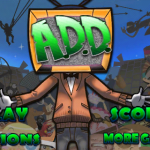 During WWDC we spent some time with IUGO and were given previews of both Star Hogs and A.D.D. Similar to Nintendo’s WarioWare, A.D.D. consists of a series of microgames, or “channels", which are only played for a few seconds before flipping to the next one.

Included initially are going to be 72 “channels", with three free updates to bring the total to 108. Gameplay involves simple tasks using the iPhone’s various control systems set in various humorous scenarios. These mini games are presented in rapid succession and part of the challenge is figuring you what you need to do. The game does tip you off with what control mechanism needs to be used (tilt, shake, tap etc…).

The full game is still in the App Store approval queue, but A.D.D. Lite [App Store] went live yesterday, featuring 16 “channels" that will have you doing things like slamming shots at a bar, dropping a pencil down a butt crack, stealing underwear off a clothes line, popping pimples, and other silly things. 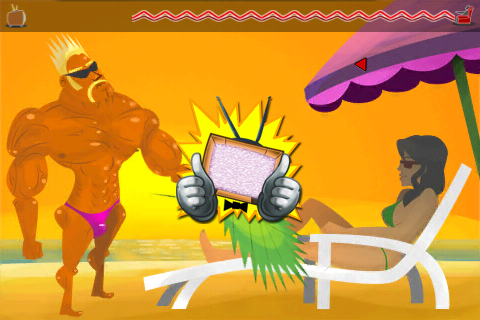 A.D.D. Lite is fast paced and is packed with content that’s a little too edgy to ever be found in WarioWare, featuring a total of six warnings on its App Store listing under the app rating, which has to set some kind of record. I’ve been having fun with it, and optimistically have my fingers crossed awaiting the approval of the full game which hopefully will be released shortly for $3.99.