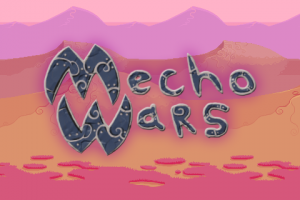 While certain genres on the App Store are completely over-saturated (Match three, I’m looking at you.) there had been a distinct lack of turn based strategy games, which is a shame as the few that exist all work so well with touch controls. Thankfully, game designer Luc Bernard threw his hat in to the turn based strategy ring bringing us Mecho Wars [App Store], a colorful prequel to Eternity’s Child and a welcome addition to the short list of quality iPhone strategy games.

Eternity’s Child was an ambitious PC title that takes place on a flooded planet where all things natural are being taken over by machines and the winged hunt the wingless. This intriguing premise was almost completely forgotten following the game’s introduction, and aside from the amazing art style and musical score by Sean Beeson, Eternity’s Child apparently fell short and wasn’t received well by critics. 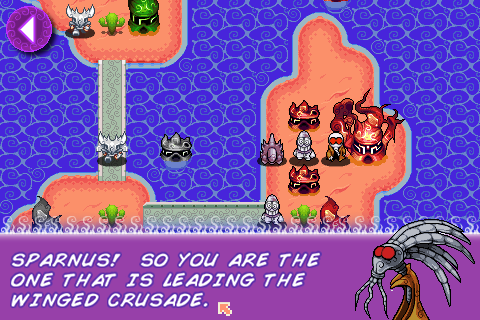 Spurred by gamers wanting to delve deeper in to the plot of the Eternity’s Child universe, Mecho Wars began as a way to expand on the story and events prior to Eternity’s Child. Taking place in the Divination Deserts, Mecho Wars tells the tale of the war between the Landians and the Winged Crusade wrapped in the same art style of Eternity’s Child with Beeson returning with another entirely original soundtrack. 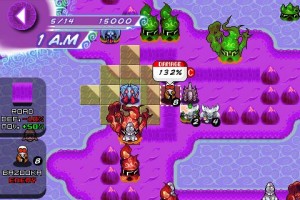 In the single player campaign, you play as the Winged Crusade through thirteen stages, each of which can be replayed once completed. Challenge mode features six additional maps to play, and while there is a menu option teasing online play, currently the only available multiplayer mode is played locally by sharing the device.

The gameplay is textbook turn based strategy, and anyone who has ever played a similar game will know how to play without needing any explanation. Tapping a unit selects it, you then tap on the terrain to move and/or enemies to attack.

Buildings can be captured to earn money which in turn can be used to buy new units. Each turn you move your units, make any attacks, build additional forces, then end your turn. Your AI opponent then does the same, and the game clock advances by one hour.

Be warned that Mecho Wars doesn’t ease brand new players in to the genre at all. The first level asks you to move a unit, attack, and do other things in the game which are obvious to veterans of the genre but will leave new players completely in the dark. Instead of explaining that in order to move you need to tap a unit, tap another area to move, then end your turn, Mecho Wars simply asks you to move across a bridge to an island to join the rest of your squad. Relatively easy to pick up, but novices might be a bit disoriented at first. 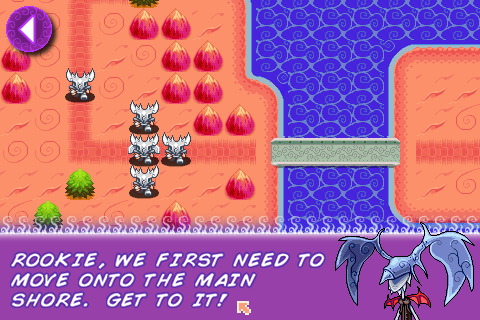 Each faction has nine units available which cover the standard array of what is normally seen in turn based strategy games with everything from basic infantry to flying and artillery units. The Landians and the Winged Crusade each have slight variation on the same unit type. For instance, while the Winged Crusade has the “Ace Soldier" and “Elpho", the Landians have the “Bazooka" and the “Tech". 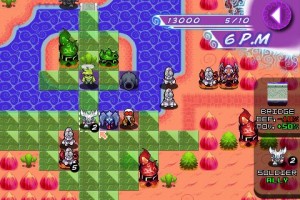 However, in the 1.0 release there isn’t much information given about unit types, and no information about enemy units. Knowing the capability of enemy units is vital to forming a defensive and offensive strategy, so all too often it seemed like I was just using trial and error instead of making informed strategic decisions.

This limitation, however, is already being addressed in the Mecho Wars 1.01 update, as seen in a video recently posted to the Oyaji Games YouTube channel. In 1.01, players will be able to see vital enemy statistics, as well as a greatly enhanced interface for building new units complete with explanations of their effectiveness against other units.

Upon entering combat, the screen shifts in to a split screen cinematic view where both forces attack each other. This is fun to watch for the first few fights, but I found myself disabling this in the options menu before too long as watching the firing animations quickly became monotonous. (To be fair, people criticized UniWar for not including cinematic battles, but I’ve always seen this as excess fluff which just wastes time and doesn’t add anything to the gameplay.) 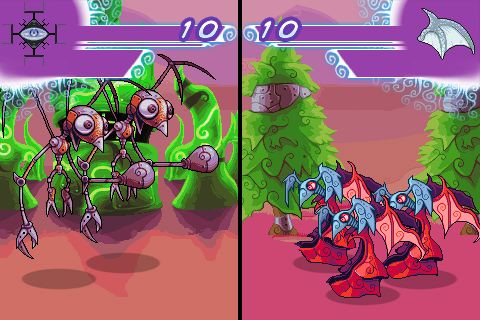 One of the biggest original complaints about UniWar [App Store] (since corrected in an update) was the lack of ability to adjust the difficulty level of the AI, a feature also lacking in Mecho Wars, which again creates the problem of the AI being boring to veterans and brutal to newcomers.

The best mechanic Mecho Wars brings to the table is the in-game clock which I mentioned earlier. In most turn based strategy games, water serves as a way to create offensive and defensive bottlenecks across bridges. Mecho Wars is no different–that is, until night comes. The water of the Divination Deserts freezes solid, allowing units to simply walk around previously fortified bottlenecks. There are also sometimes buildings in the water, which are only accessible at night.

This night and day cycle along with completely changing the dynamics of the map allows for some innovative strategies that haven’t existed in previous games of the genre that I’ve seen. This also seems to serve as a nod to Eternity’s Child, since the water was such an important element in that plot, it would only make sense that water is equally important in Mecho Wars.

Even though the game is far from perfect, I still had a good time playing Mecho Wars, as did many of our forum members. Art style and music are two things that can really enhance any game, and these two things definitely stand out in Mecho Wars. The limited amount of Challenge mode maps along with “coming soon" online multiplayer make me hope Mecho Wars is successful enough to see continued support. But given this mild uncertainty and an abundance of other games in the App Store, I might wait for the promised updates before buying it at its full $4.99 price.