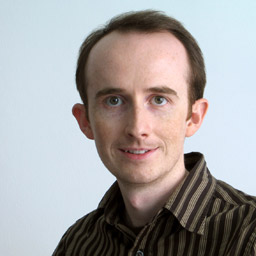 At WWDC we had the opportunity to sit down and speak with Owen Goss of Streaming Colour Studios. Owen is a 30 year old former console programmer who decided to take a chance at starting his own game company last year. Owen had previously worked at EA as an interface and gameplay programmer as well as Propoganda Games and was most recently involved in the development of the upcoming Pirates of the Caribbean game for the Xbox and PS3.

iPhone gamers may know him from his color-matching game Dapple [$0.99], though he also gained some notoriety from a blog post he made back in March in which he detailed the (lack of) sales of his first iPhone title. The blog post received wide circulation after being posted to Slashdot.

After 6 months of development, his iPhone game had sold a disappointing 131 copies worldwide during the first 24 days on the market–very short of the numbers he would need to sustain a long term business. The reaction was massive and varied. Goss received both positive and strongly negative feedback about his results. He says, however, that his plan had always been to be open about his sales numbers good or bad. Back in 2008, when he decide to start his own gaming company, he did his research about the indie gaming scene and found a significant reporting bias. In that, success stories are much more likely to be told than the many failures.

Goss has reflected about the reasons for his lack of success in his blog, and also told us that he may have invested too much time into the 1.0 release. Coming from a console background, he had a strong desire for the 1.0 version to be feature complete and rock solid. He remains proud of the fact that he has not had a single crash report since the game’s release. In today’s iPhone market, however, such a thorough development cycle may not be realistic for small time developers. In the recent past, we’ve seen numerous examples of less ambitious 1.0 titles that have evolved over time after gaining some initial traction.

Goss isn’t giving up, though. He remains optimistic about his future plans and is continuing to market and work on Dapple. His long term goal is to build his own brand around quality games and is working on additional titles. He’s also helped organize AppTreasures.com, a cross promotional effort between multiple independent iPhone developers, to help boost sales of Dapple. Dapple has just seen a 1.2 version update that adds global high scores and a number of other user interface tweaks and fixes. Goss has even temporarily dropped the price of his game to $0.99 for the next week.

Owen Goss has been a regular in our forums with as OTrain13 and some early forum reactions to the game were posted in the original Dapple release thread from February. You can give the game a try yourself with the free Lite version.