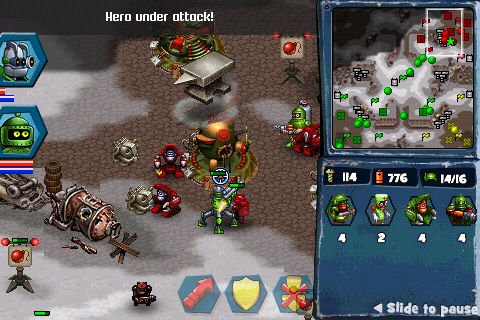 Mobile developer Vogster was also present at E3 showing off their first iPhone title Robocalypse. Robocalypse was an award-winning real time strategy game that was originally released for the Nintendo DS in 2008 and is now coming to the iPhone.

The game has been adapted to the iPhone with enhanced graphics, music and improved play area.


The game includes 17 single player missions as well as 18 multiplayer (Wi-Fi) missions in both head-to-head and coop modes. Vogster is also hard at work at online multiplayer but can’t promise it will make it into the initial release. There are 10 different robot units to use each with different skills, weapons and personalities.

Vogster has posted this trailer of the upcoming game which gives you quick glance at the title, but we’ve also recorded a walkthrough of the game at E3 which we will post shortly.