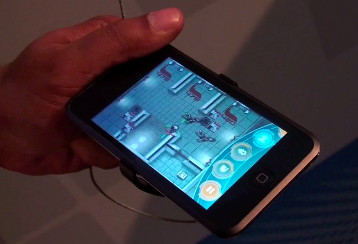 Besides Command & Conquer: Red Alert, EA was also showing off an early version of BioWare’s Mass Effect at E3 today.

The iPhone game offers similar dialog story telling as the original game, but is a top-down shooter for the combat sequences.

An EA representative walked us through the game at this early stage: