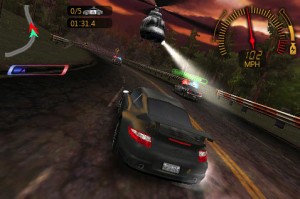 EA’s Need for Speed [App Store] racing game has finally made it into the App Store after months of delays, and the question on everyone’s mind is… was it worth the wait? I don’t think we can answer that question this early on, but here are some first impressions.

As with most EA games, the production quality of Need for Speed is top notch. The game includes cut scenes with real actors and a smuggling story line to drive the action forward. When you first launch the game, it nicely throws you straight into the tutorial mode to get you used to the game’s controls. Tilt steering is offered with auto-acceleration. The game’s controls seemed well tuned and natural to me on initial play, but some players won’t like the fact there are no calibration settings offered. The game also includes a few other gesture-based actions including braking (tap), nitro (swipe up), and speedbreaker (swipe down).

The game is very much an “arcade" racer that feels a lot like I-Play/Firemint’s Fast and Furious racing game. The game puts you into very specific racing tasks such as Highway Battle, Sprint and Cop Takeout. The embedded gameplay video shows a bit of a standard street race as well as Cop Takeout — which requires you to take out a number of cops without getting caught. 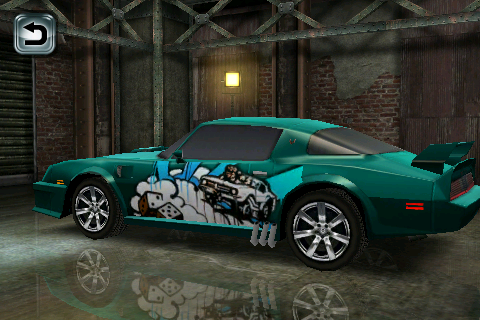 Car enthusiasts will enjoy the fact that you can play in one of 20 of real-world cars such as the Porsche Carrera GT, Lamborghini Gallardo and many more. Money earned from individual races (there are 24 missions) can be used to buy new cards and upgrade features on existing cars. Aside from performance enhancements you can also upgrade the appearance of the cars with different wheels, paint jobs, spoilers, etc.

The game looks, sounds and feels great and most early impressions have been positive. Those hoping for a more authentic racing or free-roaming experience, however, may not like what they get. We’ll spend some more time with the title and provide a full review in time.

Additional notes and impressions by our forum members: Screenshots by RaZrVIN and qasim, Impressions from slickninja, Rylin, dannys95, Auhron.