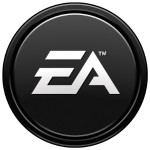 Though there have been some discrepant reports, Macworld and Pocketgamer are reporting that EA is bringing a number of premium titles to the App Store this year.

The list provided include a number of EA’s sports titles including:

Of course, Tiger Woods PGA Tour and Need for Speed are still in the works.  No details about the various titles were given.