RedLynx Ltd’s Monster Trucks Nitro [App Store], which we previewed earlier,  has appeared in the App Store at a price of $1.99. 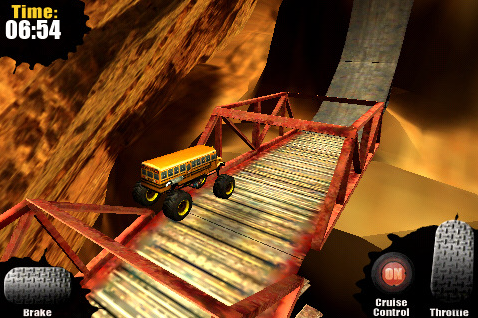 The game is being discussed in a lengthy thread in our forums in which the game has been met with mixed reviews and complaints of a short playtime, with some users having framerate issues.  Forum member Big_Albie gives his critique of the game, which reveals some of the complains readers are finding with the title.