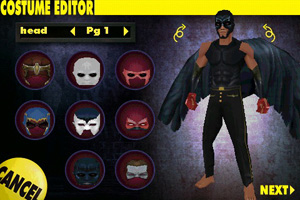 Warner Bros. Digital Distribution has announced Watchmen: Justice is Coming, an online multiplayer adventure fighting game for the iPhone and iPod touch, based on the upcoming Warner Bros. film Watchmen.

In Watchmen: Justice is Coming, players bring their own unique form of justice to New York City in the 1970s before the film’s central story unfolds. Masked adventuring has been outlawed. During this critical time period, crime is rampant and average citizens must take matters into their own hands to survive. Players create their personal avatar and enter the rain-soaked city of Manhattan. The dark metropolitan world is a vast network of interlocking and overlapping spaces that include: the seedy and saturated neon Red Light District; a run down Financial District and its dark waterfront; the downtown back-alleys of Lower Manhattan; a wide open City Park; and more. 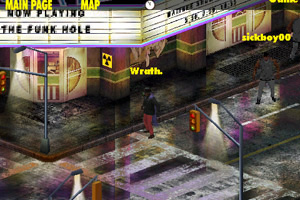 Developed by Last Legion Games, Watchmen: Justice is Coming utilizes the company’s “cloudMMO" cloud-based multiplayer technology built on Amazon.com’s Web Services.  Within the game world, which consists of an ever-changing environment capable of supporting up to 1000 players at a time, gamers can interact with one another, explore the world, and fight against each other.  An in-game chat system is featured, as well. 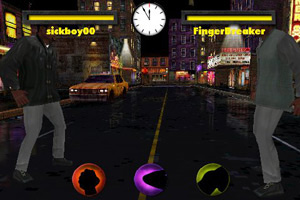 Inspired by the upcoming theatrical release of Watchmen (due out in theaters March 6th), the iPhone title Watchmen: Justice is Coming is based on the graphic novel of the same name from Alan Moore and Dave Gibbons.  Additional screenshots can be seen here.

A free iPhone entertainment title known as Watchmen [App Store] was released in December as a promotion for the upcoming film.

Watchmen: Justice is Coming will appear in the App Store early this month.