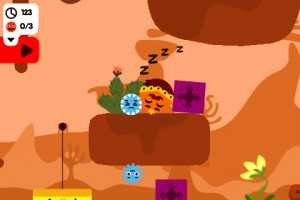 Ngmoco just sent word via Twitter that Rolando Lite will soon be appearing in the App Store.

The company recently dropped the price of the paid Rolando [App Store] to $5.99 from its original price of $9.99.  We reviewed the title in December shortly after its launch and found it to be among the best iPhone games.

Anyone who hasn’t yet tried Rolando should take advantage of the upcoming “lite" version and give it a try.