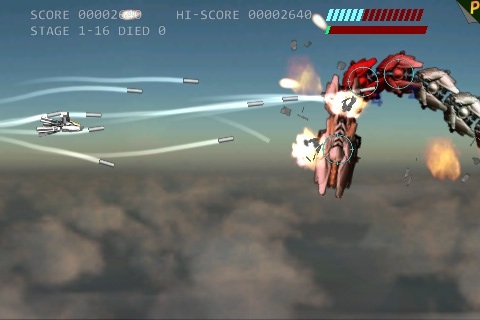 The game offers some simple controls to target your enemies. You simply tap on your enemies to target your missiles. And by tapping and holding on your own ship, you can build up a powerful shot which is launched when you release your finger. Your own ship movement is only up and down and it reacts to the same taps that you use for targeting.

The game is relatively simple and short lived — the same stage repeats with increasing difficulty (more shots fired from enemy ships) — but it seems like it could be the start of a great iPhone game. I’d hope the developer considers incorporating accelerometer based ship movements to divorce your ship’s movements from your aiming. Here is a gameplay video from (I believe) the developer: