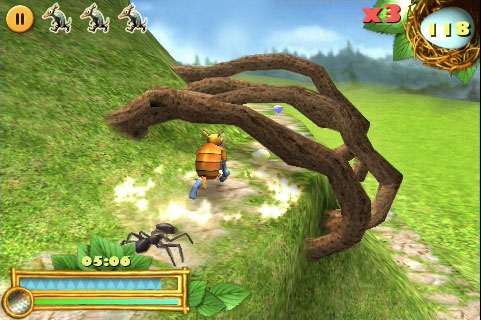 TrickySoftware, the developers behind the iPhone port of EA’s Spore, have announced their first independent title for the iPhone: Armado. Armado is a port of an existing Mac and PC game which the company has “completely reworked". The developer reports that the engine, artwork and controls have gotten a complete overhaul.

The game is a platformer in which the main character runs, rolls, jumps and smashes his way around enemies and obstacles. While it is set in a 3D environment, it does not appear you have free range of movement, and must follow the defined track. Still, it may be just what many have been hoping for on the iPhone.

This gameplay video shows off the footage from the actual iPhone game. A higher quality QuickTime version is also available:

The game has been submitted to the App Store and should become available soon.