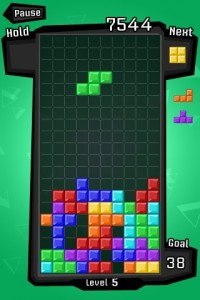 EA’s popular Tetris [App Store] game dropped in price from $9.99 to $7.99. EA’s Tetris is a reasonable implementation of the game for the iPhone. We previously took a look at the game. With the recent removal of Tris from the App Store, this may tempt you to get the full “official" version of Tetris for a bit less than its original price.

Freeverse’s Big Bang Sudoku [App Store] has also dropped in price from $4.99 to $2.99. If you’re still looking for a solid Sudoku game, Big Bang Sudoku was one of the top Sudoku picks from Macworld. This version of Sudoku offers a shiny interface and offers 10,000 levels across four difficulty levels.