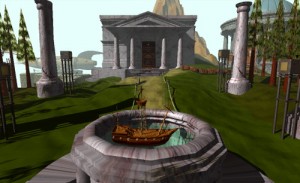 Touch Arcade forum user Cougarcat let us know that Cyan has quietly announced that they are porting Myst to the iPhone.

This is a small project that probably a very few of you know about. We are porting Myst to the iPhone. Ok, before some of you start groaning, this is an outside funded project that is keeping a few developers employed… but it is really more than that. It is an interesting and fun project. This is also a very small team with three of us (which includes Derek, Rand (not Randy) and myself).

For those not familiar with Myst, the game was first published for the Mac in 1993 and was both a critical and commercial success. While technologically rather simple from today’s standpoint, the game’s graphics and soundtrack were remarkably immersive. The game starts you on a strange island where you must explore your surroundings, solve puzzles and figure out the backstory.

Myst was recently ported to the Nintendo DS platform, and the following trailer provides a look at the DS version of the game: