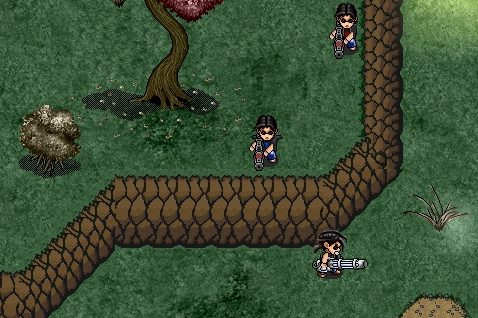 Play alone or with a team and enter battlefield joining hundreds of other player[s] for a unique game play experience.

Both versions claim to offer the use numerous “futuristic weapons" such as laser guns, pistols, grenades to overthrow your enemy. Graal Zone+ offers access to more powerful weapons and the ability to drive vehicles such as hover bikes along with special access to other maps.

The game is a quite spotty at the moment with numerous complaints about poor controls. Your character movement is controlled entirely using the accelerometer. According to lockergnome online levels will open on Friday, but it seems there’s a lot of work to be done.

Graal Zone is available for Mac OS X, Linux and Windows so you can try a fuller version on your desktop computer.