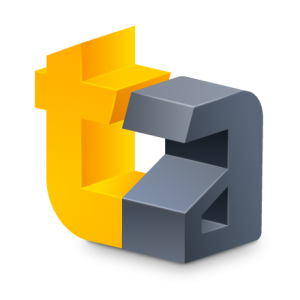 You’ve stumbled across a placeholder page that is necessary in our content management system to have a star rating associated with games that we never published a “full" review for. Seems weird, right? Well, mobile is an incredibly challenging space to cover that has loads of interesting problems that people reviewing PC or console titles never need to worry about. For instance, this editorial details just how weird scoring mobile games at all even is. Reviewing this particular game likely didn’t make sense at the time of its release, or it’s entirely possible that it came out on a particularly busy week where our entire staff was busy with other games. The App Store can feel like drinking from a fire hose.

Take a game like the original Angry Birds (Free). We reviewed it when it came out in late 2009, not because it was a particularly good or noteworthy game at the time, but because our community was generally interested in the games Chillingo released. (Fun Fact: Angry Birds was originally published under Chillingo’s sub-label, Clickgamer, because even they didn’t see it as a “AAA" game worthy of the flagship brand.) We originally gave it a 3/5, which we later updated to a 5/5 largely due to the fact that it seemed objectively absurd to have a game that had evolved into a global phenomenon a 3/5. We never re-reviewed it, because that always felt weird, as what’s the point of “reviewing" something the world has already accepted as fantastic?

Fortnite (Free) is another great example, by the time it was released on the App Store, the game was so popular that it broke into the pop culture lexicon in a way that no video game before it has. When you’ve got celebrities joining streams on Twitch, pro athletes constantly tweeting about it, and everything else that has surrounded the Fortnite phenomenon, what would a review even entail beyond “Here it is, the world’s biggest game, now available on mobile." Maybe that review should have been written, but we’ve always believed our efforts are better spent on highlighting things you might not know about than spending a day writing a review for a game that everyone already knows about, and like Angry Birds the whole planet has decided is good.

If you were really excited to read a detailed review on this particular game, we’re sorry! There’s only so many things we have the bandwidth to cover, and we just really wanted to make sure this game was at least rated based on what we would have scored a review so it shows up in the appropriate places when you search TouchArcade for the highest (or lowest) rated games.