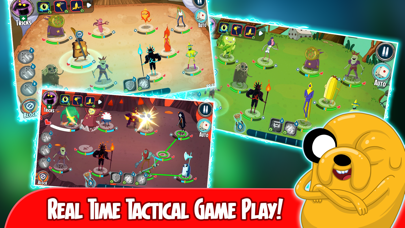 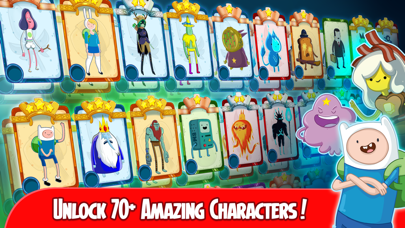 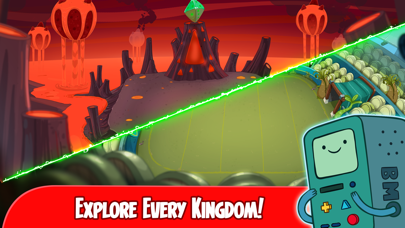 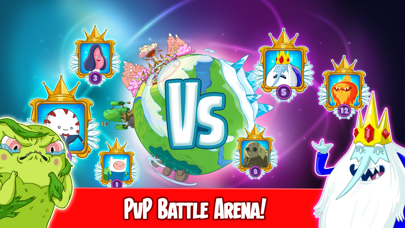 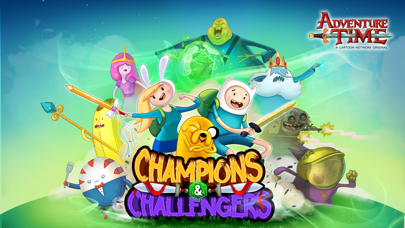 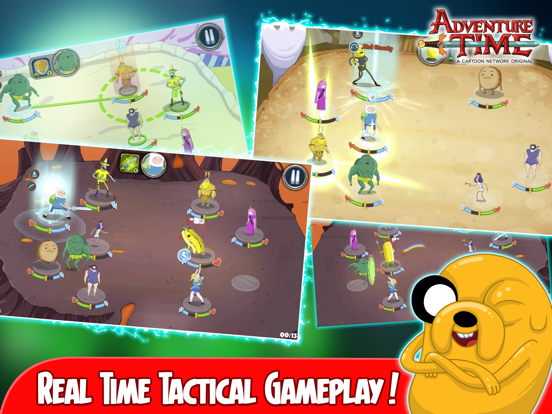 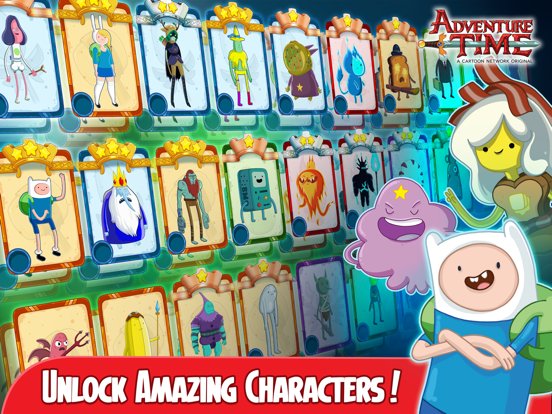 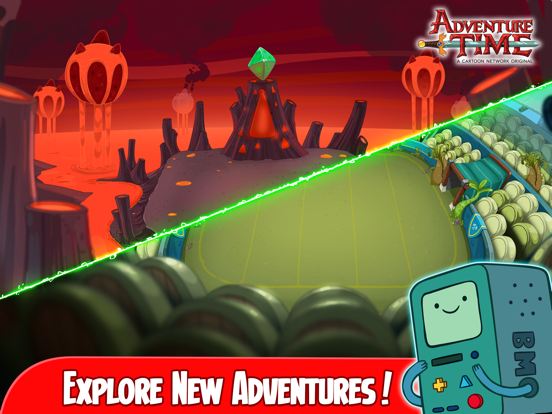 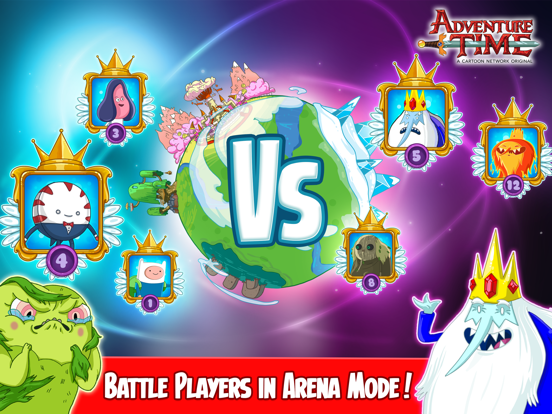 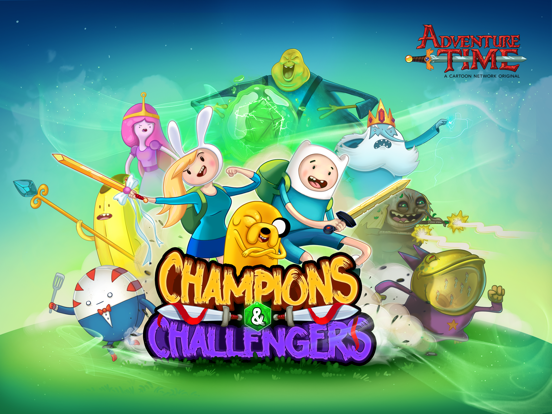 Challenge the Dice Lord to the ULTIMATE Adventure Time game! Prepare thyself for legendary freakin’ battles in Champions & Challengers! COLLECT 70+ CHAMPIONS Play as the greatest heroes and villains from across the Adventure Time Multiverse! Team up with Finn, Jake, Princess Bubblegum, BMO, Fionna, Cake, Marceline, Young Billy, LSP, Farmworld Finn, and so many more! FIGHT IN REAL TIME Command your team in real time! Develop a winning strategy to crush your opponents in tactical turn-based RPG combat. Use simple gestures to summon mathematical attacks! Bust out special Tricks and Artifacts to do even more damage! PLAY PVP Seek you glory? Battle other players in the PvP Arena! Rise up the ranks as you dominate the leaderboards with your warrior skills. Upgrade your champions to unlock even more powerful attacks and claim bigger victories! BUILD YOUR ULTIMATE TEAM Assemble a squad of champions and challengers from all over the Land of Ooo! Each champion has a unique set of powerful attacks. Combine character abilities to smash your enemies and foil the Dice Lord’s plans. ***** This game is available in the following languages: English, German, French, Italian, Spanish (Latin American), Portuguese (Brazilian), Russian, Turkish, Korean, Japanese  If you're having any problems with this app, feel free to contact us at [email protected] Tell us about the issues you're running into as well as what device and OS version you're using.  ***** IMPORTANT CONSIDERATIONS:  This app may contain ads that feature other products, services, shows or offers from YesGnome and other partners. This app includes the option for adults to unlock or buy additional in-game items with real money to enhance game play, ranging from

Guide a mother and her child as they embark on a journey through magical architecture, discovering illusionary pathways and delightful puzzles as you learn the secrets of the Sacred Geometry.

Sequel to the Apple Game of the Year 2014, Monument Valley 2 presents a brand new adventure set in a beautiful and impossible world. Help Ro as she teaches her child about the mysteries of the valley exploring stunning environments and manipulating architecture to guide them on their way.

BEAUTIFUL AUDIO Immerse yourself in uniquely melodic interactive soundscapes, tailored perfectly to every step of Ro and her child’s journey.

Monument Valley 2 is only compatible with devices running iOS 9 or later.

.99-.99 USD (or equivalent amount in the applicable regional currency). You may disable in-app purchases by adjusting your device settings.  PRIVACY INFORMATION:  Your privacy is important to us at YesGnome, LLC. This game collects and uses information as described in YesGnome’s Privacy Policy linked below. This information may be used, for example, to respond to user requests; enable users to take advantage of certain features and services; personalize content; serve advertising; perform network communications; manage and improve our products and services; and perform other internal operations of YesGnome web sites or online services. Our privacy practices are guided by data privacy laws in the United States. For users residing in the EU or other countries outside the U.S., please note that this app may use persistent identifiers for game management purposes. By downloading this application, you accept our Privacy Policy and End User License Agreement, and you give permission for such uses for all users of your device. The Privacy Policy and End User License Agreement are in addition to any terms, conditions or policies imposed by your wireless carrier and Apple. YesGnome and its affiliates are not responsible for any collection, use, or disclosure of your personal information by Apple or your wireless carrier.  Terms of Service: https://www.yesgnome.com/termsOfServices.html  Privacy Policy: https://www.yesgnome.com/privacyPolicy.html *****
Information
Seller:YesGnome, LLC
Genre:Action, Role Playing, Strategy
Release:Sep 13, 2017
Updated:Nov 19, 2018
Version:1.3.2
Size:477.1 MB
TouchArcade Rating:Unrated
User Rating:Unrated
Your Rating:unrated
Compatibility:HD Universal