GALA SPORTS recently launched its brand-new soccer title, Total Football, and, true to its name, it is a pure arcade-style soccer game in the same vein as FIFA Mobile and PES Mobile. It also features official licensing from FIFPro and Manchester City, for an authentic experience. 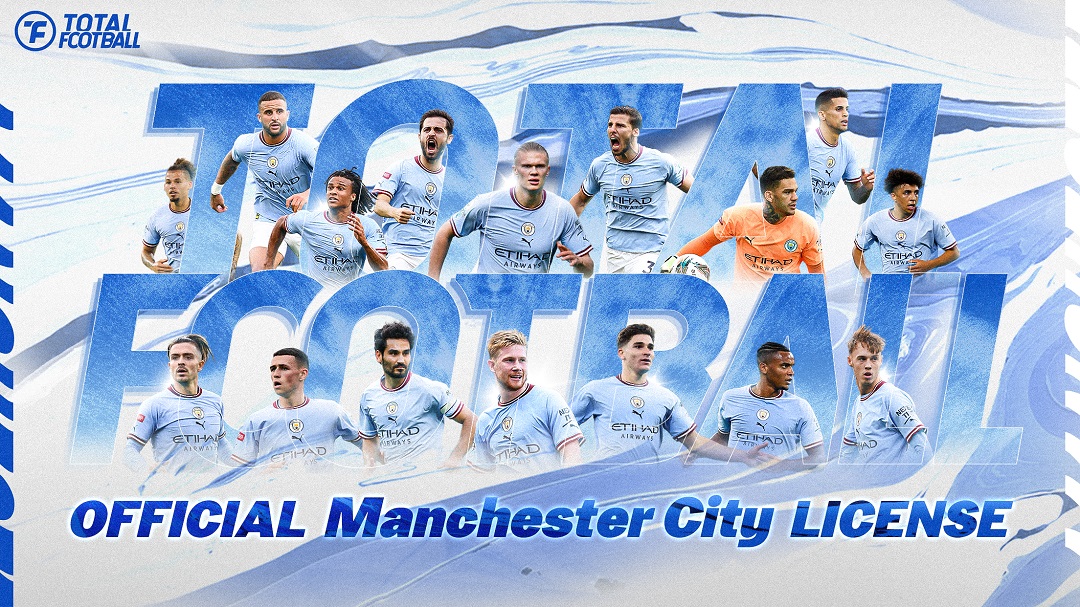 Total Football features an extremely sophisticated rendering system which utilizes High Dynamic Range and Physically Based Rendering to deliver state of the art graphics. The combination of realistic visuals and animations, along with its intuitive AI system, makes for one of the most faithful representations of the beautiful game to land on mobile.

These systems are built on GALA SPORTS’ Arena 4D technology, which combines an exhaustive library of motion capture from 12 synchronized cameras, with neural network technology to calculate and render each player’s exact position and pose, fully recognizing attacking and defensive patterns to provide the most realistic representation of almost every professional soccer player on Earth. This technology doesn’t just apply to soccer however, and we can expect to see other sports represented using this exciting technology in the future. 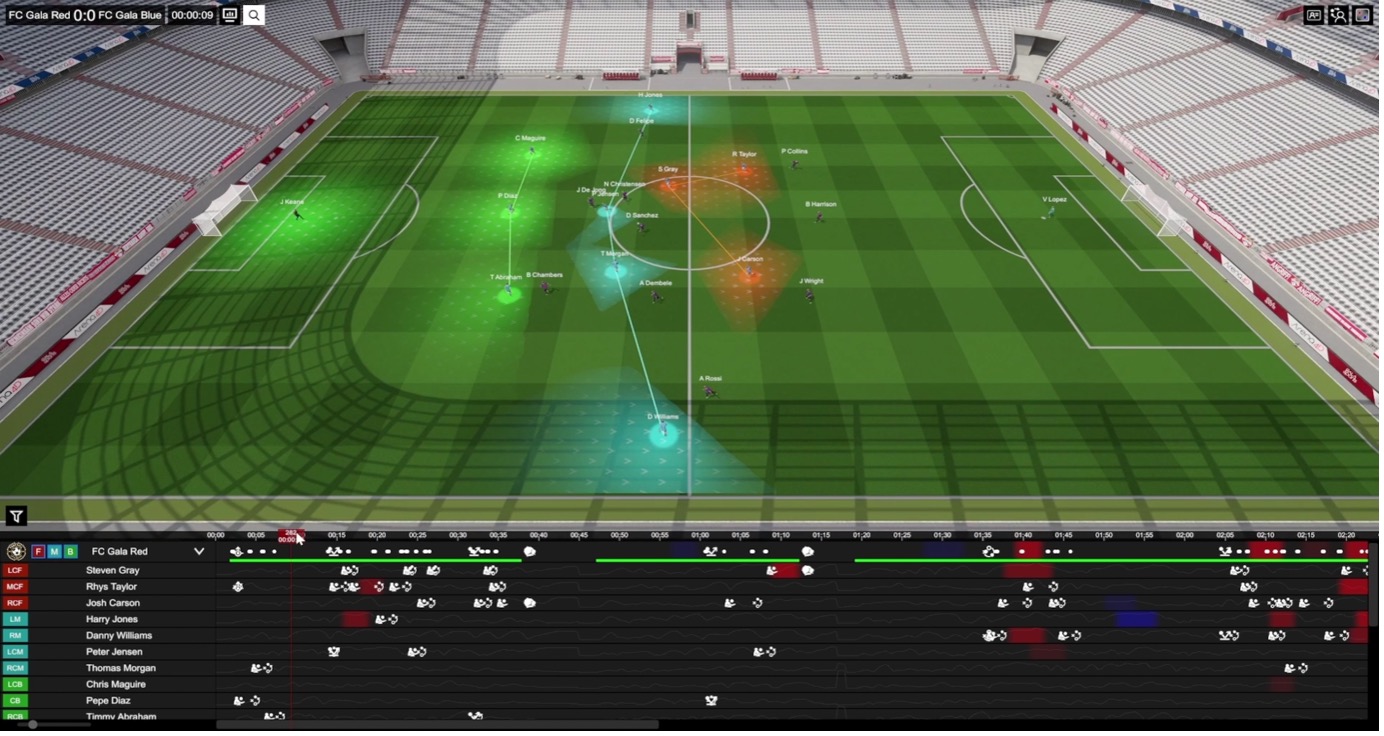 To add even more bona fides to its credentials, Total Football boasts endorsement from Brazilian legend, Ronaldinho. Besides lending his face to the game, a prime version of the football maestro is also obtainable as a player to add to your lineup. It’s available to download for free right now for both iOS and Android, and here is what you can expect to find if you choose to give it a try. 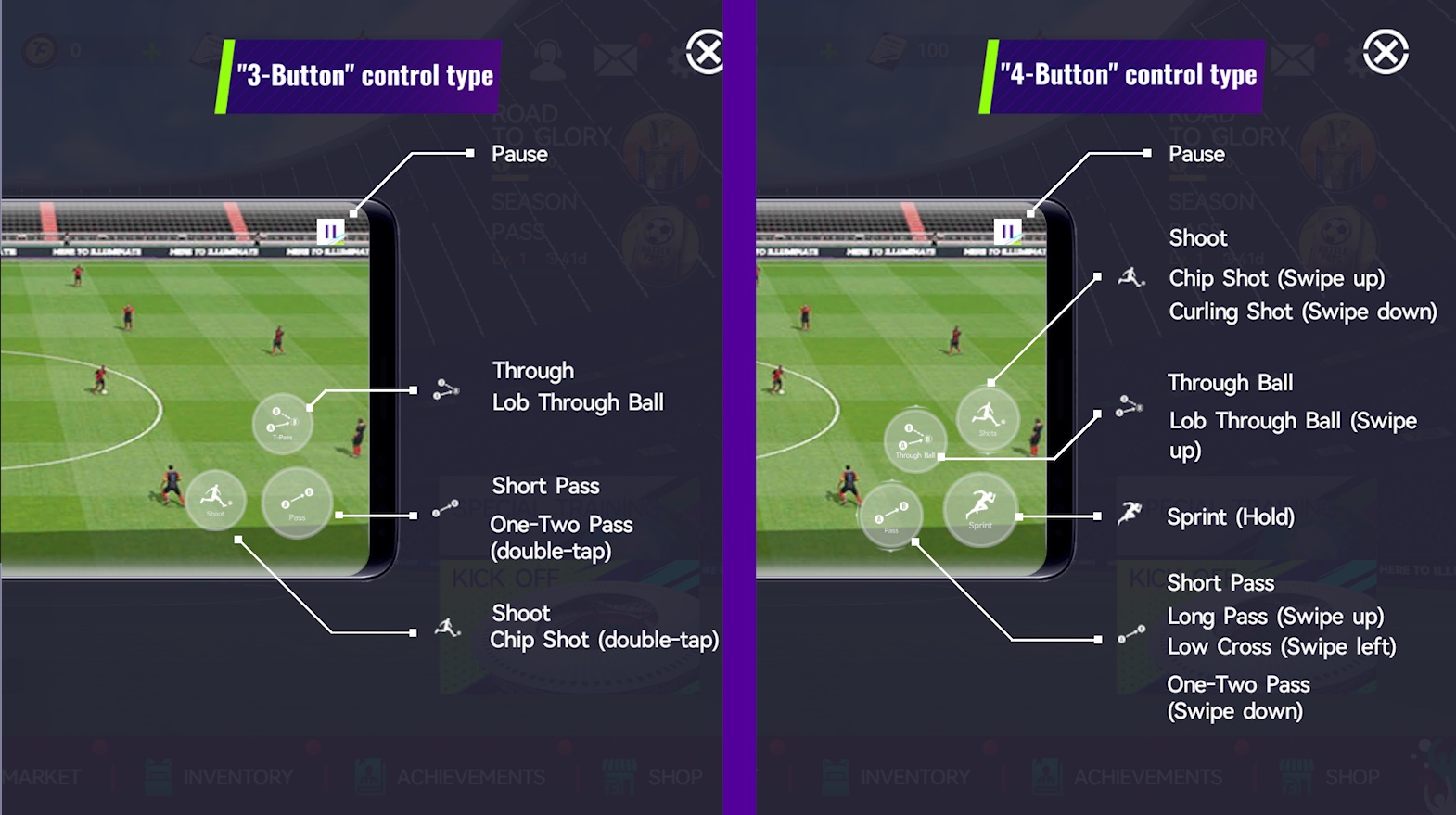 Soccer games have always had a notoriously difficult time delivering intuitive controls to touch screens, but fortunately, after many years of trial and error, we’ve reached a standard that satisfies the majority of fans. Total Football takes all the right cues from its contemporaries to provide a simple three button system and directional toggle. Whether you’re in possession of the ball or playing defense, the system will adjust to give you the essential commands, such as clearing the ball, shooting, or delivering sliding tackles, to easily adapt to any given situation.

For more finesse plays like long balls or chip-shots, simple adjustments like double tapping or pressing for a longer time will allow you to execute these skill moves with ease, keeping the pace of the game flowing and letting you play with the style and flair that the beautiful game deserves.

More experienced players can also use a four-button system to play with an even greater level of control.

Build your own team

Total Football requires you to build up your very own team, choosing its name, colors, uniform design, and the league you want to play in (English League, Spanish League, Italian League, French League, or Portuguese League).

As you play through the game, you’ll be able to use the Agent and Scouting features to unlock real-life talents like Antonio Griezman, Marcus Rashford, Olivier Giroud, and the great Ronaldinho himself, and add them to your line-ups.

Total Football also throws in a swath of arcade style level up features, like energy drinks and XP points, to upgrade your players. You can also boost their abilities by taking them through a series of training sessions. 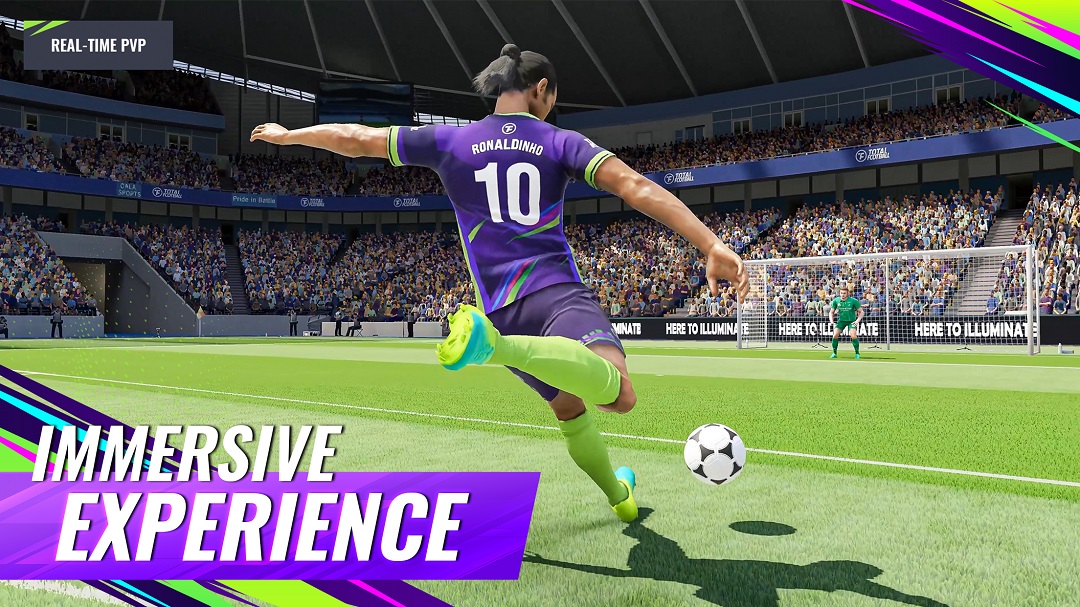 Aside from PvE matches that you’ll encounter through the game’s Career Mode, you can also join PvP matches via the Live Arena mode, where you can play against other players in real time, and Friendly mode, where you can set up matches against your friends online.

If you like an even bigger challenge, you can take part in Ranked Matches in order to try and climb the leaderboards and receive rewards, and compete in Cup Games; these are mini tournaments where you can face up to 7 other players in knockout competitions.

Total Football’s Career mode also adds a couple of extra facets like The Road to Glory, whereby you earn points by playing all kinds of matches, and Academy Sessions, which rewards you for completing certain challenges during matches. 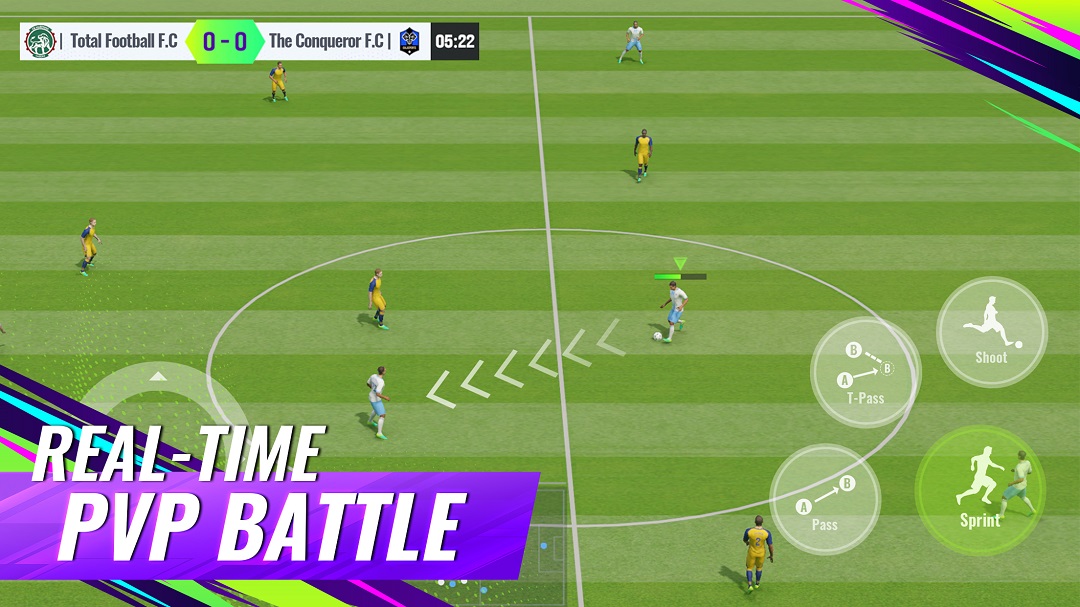 With the World Cup currently underway, Total Football is running a limited time event called Pick Em 2022 where you can lay down your predictions on how each team will perform. Naturally, shrewd soccer fans will receive a host of rewards for making correct predictions.

If you’d like to try Total Football, you can find it available to download right now from the iOS App Store and Google Play Store.

About Gala Sports
Gala Sports was founded in 2013 by a team of sports and technology enthusiasts who wanted to bring the best gaming experiences to sports fans worldwide. Since then, Gala Sports has obtained market success with titles like Football Master, Football Master 2, and NBA Basketball Master. During this time, Gala Sports has been partnering with the biggest sports properties in the industry, including FIFPro, NBA, NBPA, and top European football clubs like FC Barcelona, Bayern Munich, Manchester City, and Juventus.

This article is sponsored content written by TouchArcade and published on behalf of Gala Sports to promote an overview of their new sports title Total Football. For questions or comments, please email [email protected]