GameTomo’s Sumire ($5.99) was a game that caught my attention from the first few seconds of the announcement trailer before it hit Nintendo Switch and PC. The music and art were excellent in each showing, but the real star of the experience is the narrative. I’ve since played Sumire on both Nintendo Switch and Steam. While the core gameplay wasn’t anything special, Sumire’s narrative, writing, art, and music combined for an unforgettable experience. I was very excited to see it get announced for iOS, and didn’t want to pass up an opportunity to experience the emotional story in Sumire once again.

Sumire is a story about a girl of the same name who keeps dreaming about her late grandmother. After waking from yet another dream, she feels like her grandmother is trying to tell her something. Sumire lives with her mother who seems to be depressed after splitting up with Sumire’s father. Sumire feels alone in this house and wants to make things better. This is where a magical seed comes into the picture. This seed appears in Sumire’s life when someone or something throws it into the house from outside breaking the window. Sumire plants the seed and brings a magical flower into her world.

This magical flower can only survive for one day in the human world, and wants to see as much as it can and experience a wonderful day. If Sumire can help, she might get to meet her grandmother. This is where the emotional story begins. When I first played Sumire, I was not ready for the story to hit that hard right from the get go. I’m not going to spoil the best parts of the narrative, but the highlights are the characters, some of the darker story moments, optional quests with hilarious outcomes, and the various interactions you have as you check items and tasks off the list you have to try and show the magical flower a wonderful day.

Sumire is very much a story-driven experience, so you shouldn’t expect much from the gameplay beyond the usual point and click interactions, free movement, fetch quests, and a mini-game or puzzle here and there. Time passes during the day when you fulfill certain conditions and view some events, but you can spend time exploring and interacting to find coins that you need to either buy random things or specific items to fulfill some quests. Sumire can choose to help or ignore situations and there’s a karma meter that takes note of all these decisions. With only one single day, don’t try and experience everything, because Sumire has challenges that reward replaying it and trying out different things. 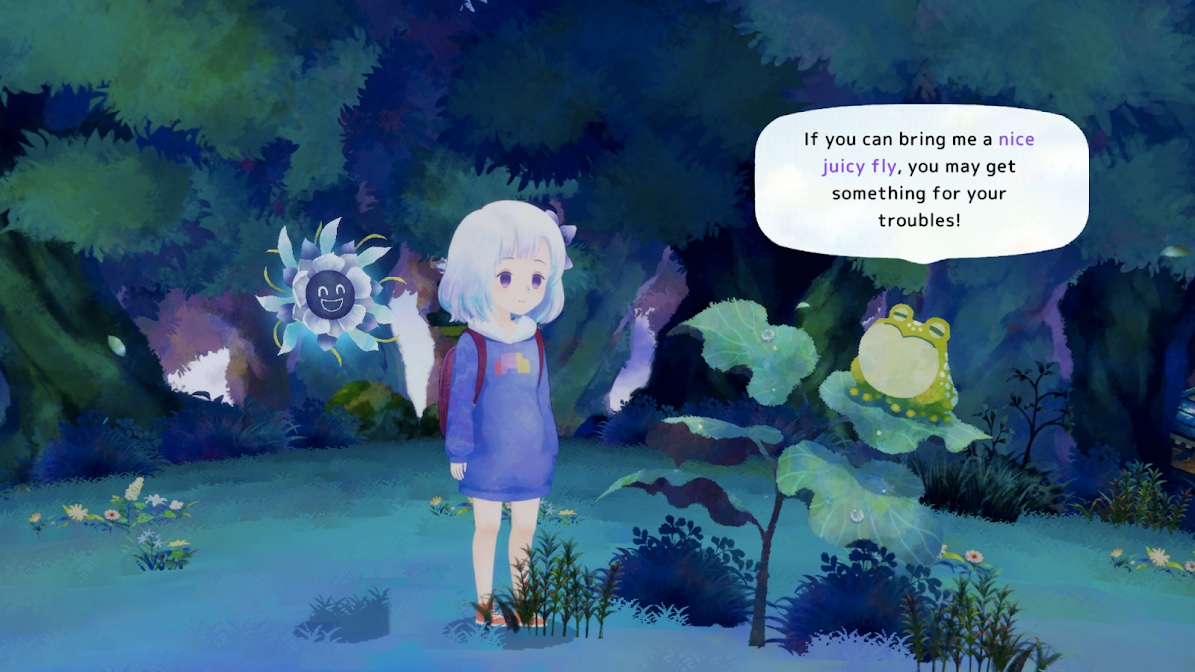 Visually, Sumire is gorgeous with its painting aesthetic. Every new location including some during the darker parts of the story are superb. I still hope GameTomo releases a physical artbook for Sumire. Barring the aesthetic, the animation work is also commendable despite some movement feeling a bit awkward. There are aspects of the visuals across the game that are Studio Ghibli-inspired, while others just feel like a love letter to certain aspects of Japanese culture.

There is no voice acting in Sumire, but it makes up for this with one of the best soundtracks in recent years. The music perfectly complements the story and is well-worth listening to even outside the game. The songs are acoustic guitar-driven with some other instruments thrown in depending on the situation. It is hard to listen to the title track even now without getting emotional given the story here. If you decide to skip Sumire for whatever reason, it is definitely worth checking out the soundtrack for some fantastic songs. 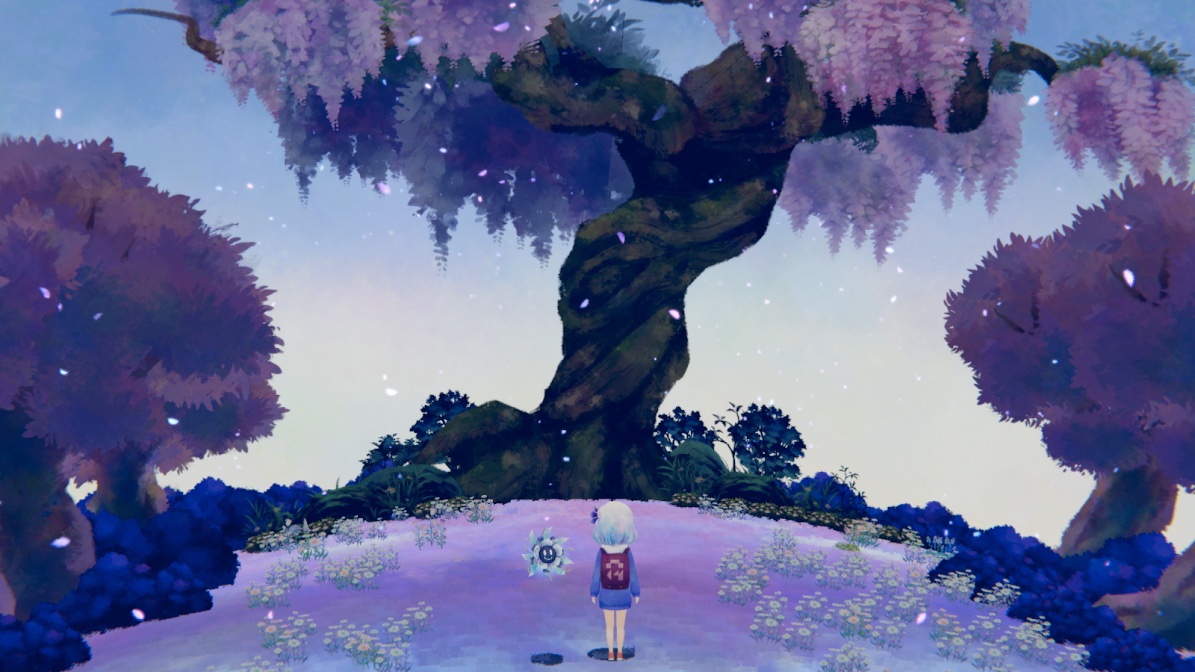 For this review, I wanted to compare the iOS version on my iPhone 11 and iPad Pro (2020) to the Nintendo Switch and PC versions to help those new to the game decide where to get it. Despite being a relatively slow game when it comes to pacing and interactions, Sumire had some technical issues on Nintendo Switch like long load times in specific areas and some performance issues. The PC version on the other hand is excellent and runs without issues even on my laptop. On iOS, Sumire targets 30fps seemingly. I was disappointed to see it not be as smooth as the PC version even though it maintains its frame rate target decently well on my iPhone and iPad Pro. I was hoping newer iOS and iPadOS devices would target 60fps or higher. GameTomo confirmed to me that performance will be worked on as the team develops the Android version. Hopefully the frame rate cap can be increased on specific devices at least.

Barring the performance, Sumire looks superb on both my iPhone and iPad. The touch targets are nice and big with the new tweaked interface for mobile. The iOS version lets you use a floating joystick on the left half of the screen to move Sumire, while you can tap on the right to interact with a point of interest. This feels a bit weird since you can’t actually touch the right half of the screen to progress dialogue or an interaction. This aspect needs some work because you can only progress dialogue by tapping a speech bubble when available, or the interaction button. I asked the developers if this can be improved or whether a tap to move option would be added. They confirmed that the latter isn’t planned right now, but they will be looking into the former. 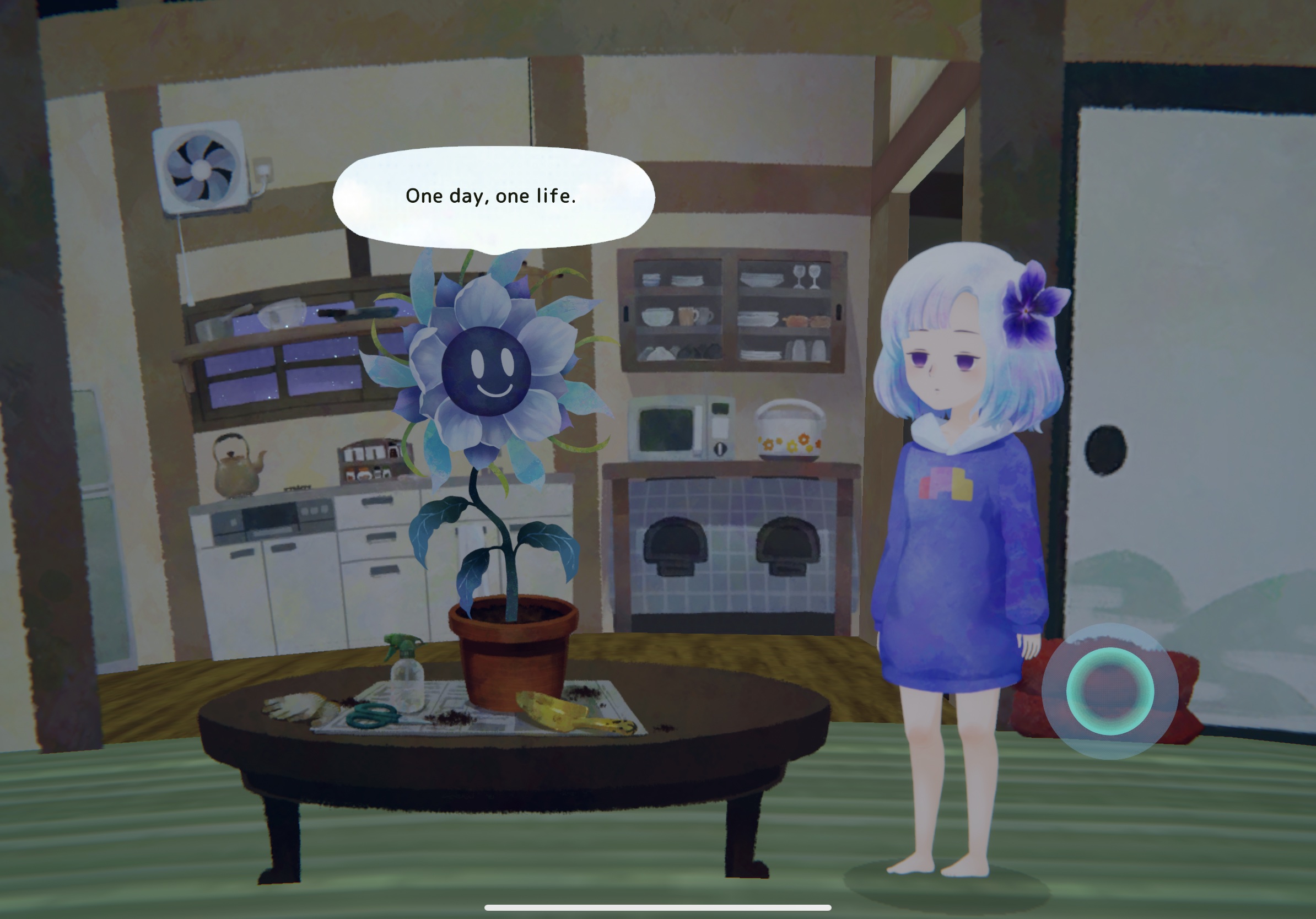 Despite the few annoyances with the iOS version’s interface, Sumire is a must play for anyone who enjoys narrative adventures and heartwarming stories. A single playthrough should take you just under 3 hours, but the challenges will get you to replay the game to try and see other outcomes or complete certain tasks you couldn’t do in your first playthrough. I hope GameTomo considers fixing some of the interface and controller issues because Sumire on iOS has the potential to be my favorite version of the game. 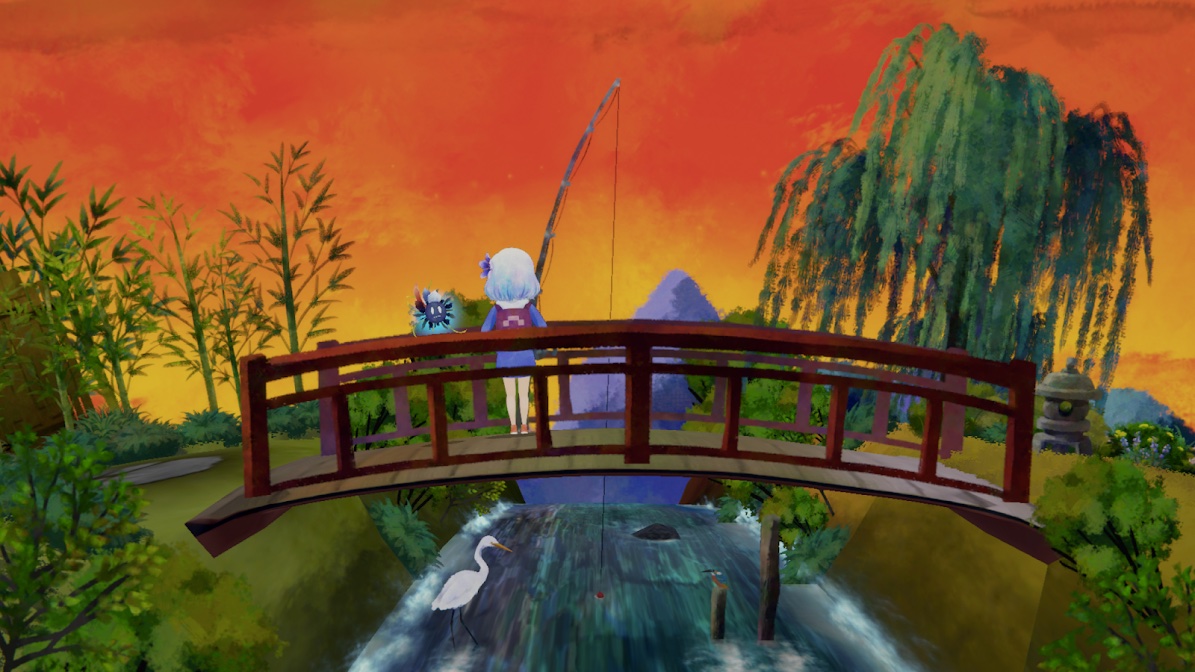 Sumire is a game I’ve convinced a lot of people to play on Nintendo Switch, and I hope to do the same on iOS. Despite the few issues with the port right now, it is still worth experiencing if you enjoy emotional stories. The highlights initially may seem like the visuals and amazing soundtrack, but Sumire is a game I want to see more of in the future from GameTomo. I look forward to seeing how this version improves through updates, but I’m glad to have been able to play Sumire on another platform and still hope it gets a physical release on Nintendo Switch in the future.