Following the Halloween event and Pokemon Brilliant Diamond and Shining Pearl events in Pokemon GO (Free), Niantic has revealed plans for January 2022 with the new community day and more. Beginning January 1st, Research Breakthrough rewards include Onix and Steelix Mega Energy with a chance of encountering a shiny one. Every Monday in January will also allow a one time purchase bundle including a Remote Raid Pass and some other items for 1 PokeCoin. The featured raids in Pokemon GO for the month include the Kyurem raid until January 7th, Heatran from January 7th until 15th, Genesect, from 15th to the 24th, and Regice from 24th to February 1st. 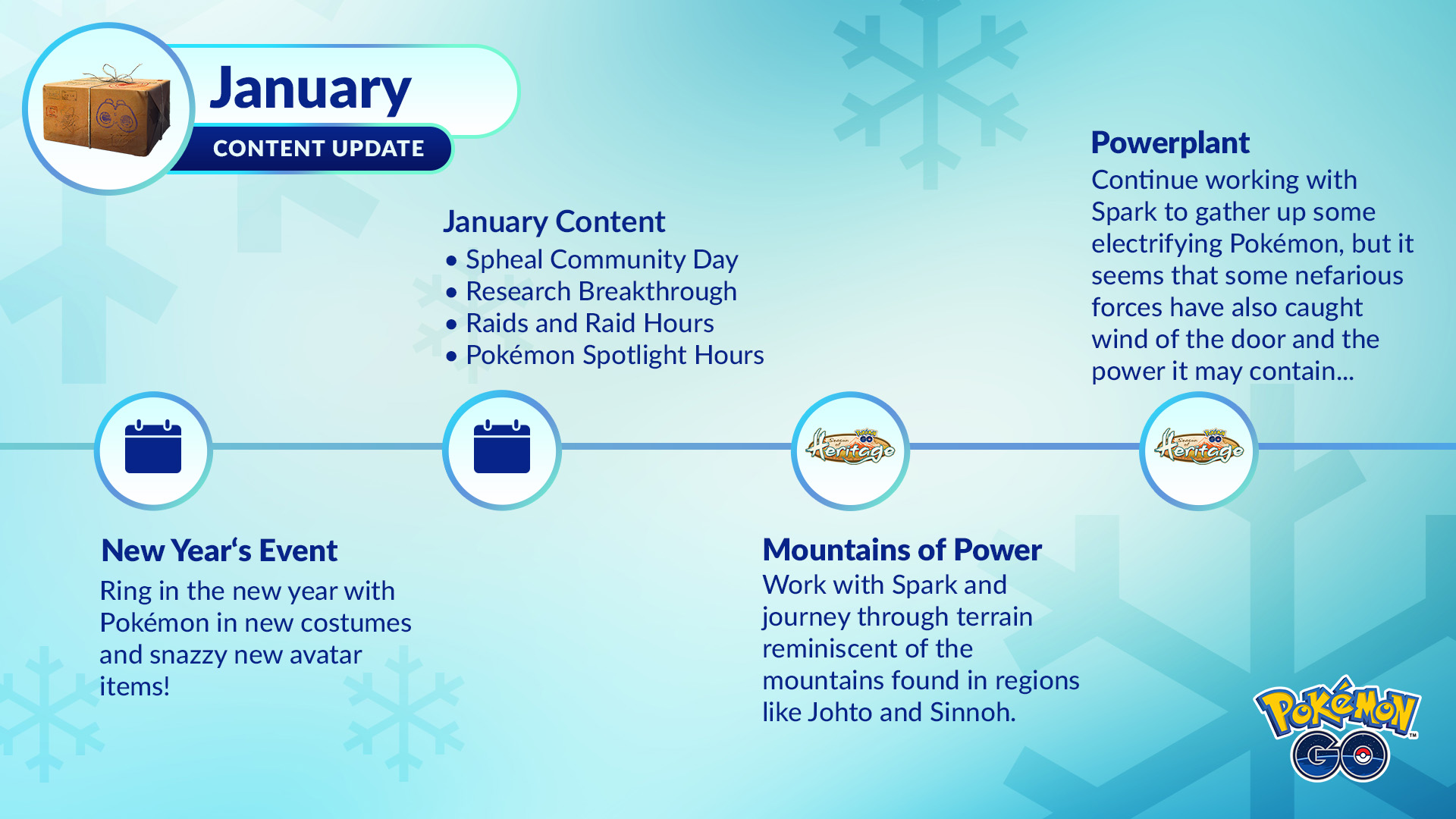 Mega Raids will feature Mega Aerodactyl for the first time in Pokemon GO from January 7th until February 1st and Mega Abomasnow until January 7th. Raid Hour events will occur from 6 to 7 PM local time every Wednesday next month. Details for the Pokemon Spotlight Hours are here. The January Community Day in Pokemon GO will take place from 11 AM to 5 PM on January 16th with Spheal appearing more frequently in the wild. Details for the Pokemon GO January Community Day are here. The upcoming major Pokemon Legends: Arceus release is near so I expect collaborations and cross promotion in Pokemon GO. Head over to our forum thread for more discussion around Pokémon GO. It is available for free on iOS and Android. What do you think of the state of Pokemon GO this year and what would you like to see in 2022?