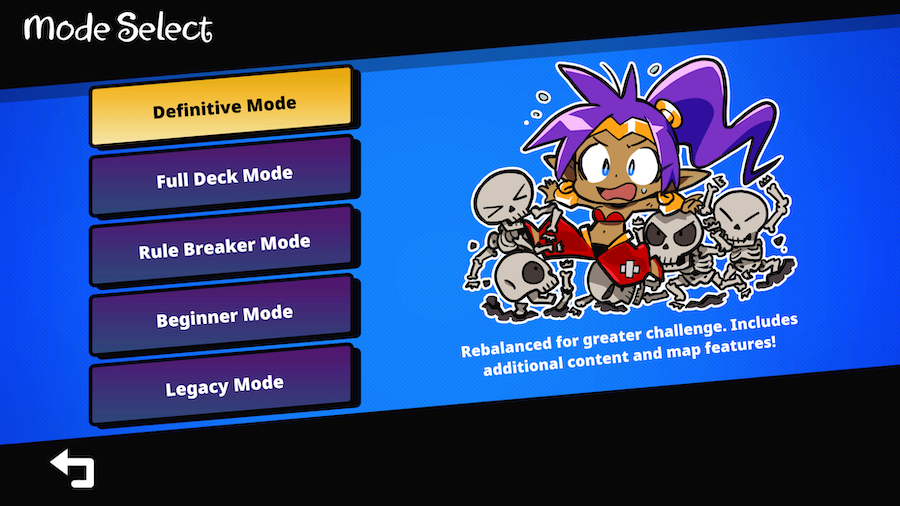 The new modes are Full Deck, Beginner, Rule Breaker, and Definitive. As revealed before, Definitive Mode is a new challenging director’s cut mode with classic Shantae difficulty while Full Deck Mode is Definitive Mode with all 50 Monster Cards available from the start. Rule Breaker Mode is Definitive Mode without limits letting you equip up to 50 cards at once while Beginner Mode is Definitive but easier. You cannot lose on Beginner mode. Legacy Mode will also be available for those who want to play Shantae and the Seven Sirens in its original form. Check out Shantae and the Seven Sirens on Apple Arcade here. Head over to our forum thread for it here for more discussion. For all other Apple Arcade related things, check out our dedicated Apple Arcade forum for discussion on the service and every game included here. What do you think of Shantae and the Seven Sirens compared to other games in the series?