Hello, friends. We’ve once again had an opportunity to have a sit-down with one of the people behind the games we love. This time around, it’s Ryuichi Nishizawa. Now a freelance game creator, he’s perhaps best known for being one of the founders of Westone Bit Entertainment. Established in 1986, the company was the developer behind the popular Wonder Boy/Monster World series of action games. Back in the early 1990s the company planned to exit the arcade market with a bang through a game called Clockwork Aquario, but it was unfortunately canceled before it could release.

Much to the surprise of many a Westone fan, Clockwork Aquario resurfaced in 2017 and is currently scheduled to be released on the Switch and other platforms this winter. It comes through the efforts of ININ Games and Strictly Limited Games, who secured the rights to the title and brought in several former Westone staff members to help bring this lost treasure to the finish line. Among them is Mr. Nishizawa, who has taken some time out from his busy schedule to answer some of our questions about the game, Westone, and his perspective on the game industry. 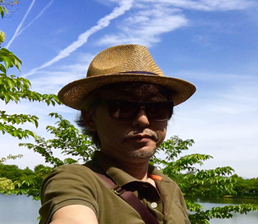 TouchArcade (TA): Who or what started the process of finishing and finally releasing Clockwork Aquario after all these years?

Ryuichi Nishizawa (RN): The decision to reprint and release this title was made by Dennis at Strictly Limited Games. I really admire his can-do attitude. Here’s an interesting timeline of how he decided to reprint this game that was created 27 years ago. These coincidences are what made this project possible.

Background of the Aquario restoration project:

1. In 1993, Westone developed the game for arcades, but it was cancelled due to poor performance in location tests. (The Internet did not exist at that time.)

2. In 2006, a Japanese person who played Aquario in a location test posted a report on his blog with a picture of the game. This led to retro game fans overseas finding out about the existence of Aquario.

3. In 2012, with the release of Monster World Collection for XBLA, Aquario was introduced to the North American gaming community.

5. I suddenly realized that there were people interested in Aquario, and unearthed the source code of Aquario that was lying in the archive in my office. I posted it on Twitter.

6. Dennis Mendel, who heard about the discovery of the source code, started the Aquario Restoration Project.

7. In 2020, the development of the reprinted version progresses, and its release on PlayStation 4 and Switch is announced. 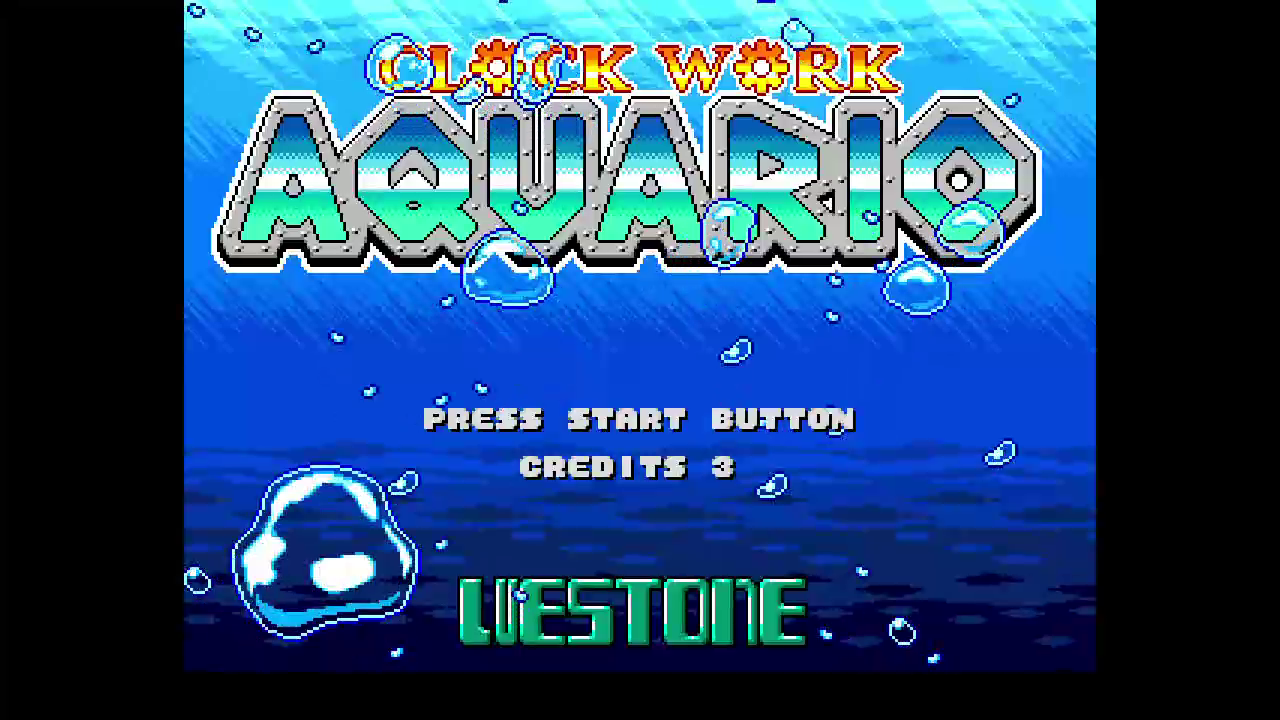 TA: What do you think is the most interesting aspect of Clockwork Aquario?

RN: It was a game where two players could play simultaneously, throwing the other player’s character away or being thrown away, and defeating enemies as they advanced… But now, 27 years later, when I look at this game objectively, I feel that the interesting pixel-art graphics stand out the most. The graphics of this game are purely fascinating.

TA: How involved have you been in the restoration process? Can you explain what your part in it has been?

RN: My role in this reprint project is to supervise. Not many people can judge whether this game is working properly or not, so after the development was in progress and the game was playable, Mr. Kurihara and I checked the contents. Mr. Kurihara is the main programmer of this game. Also, some of the graphics data was missing, so we had to redraw some of the backgrounds, and we checked the accuracy of those parts. 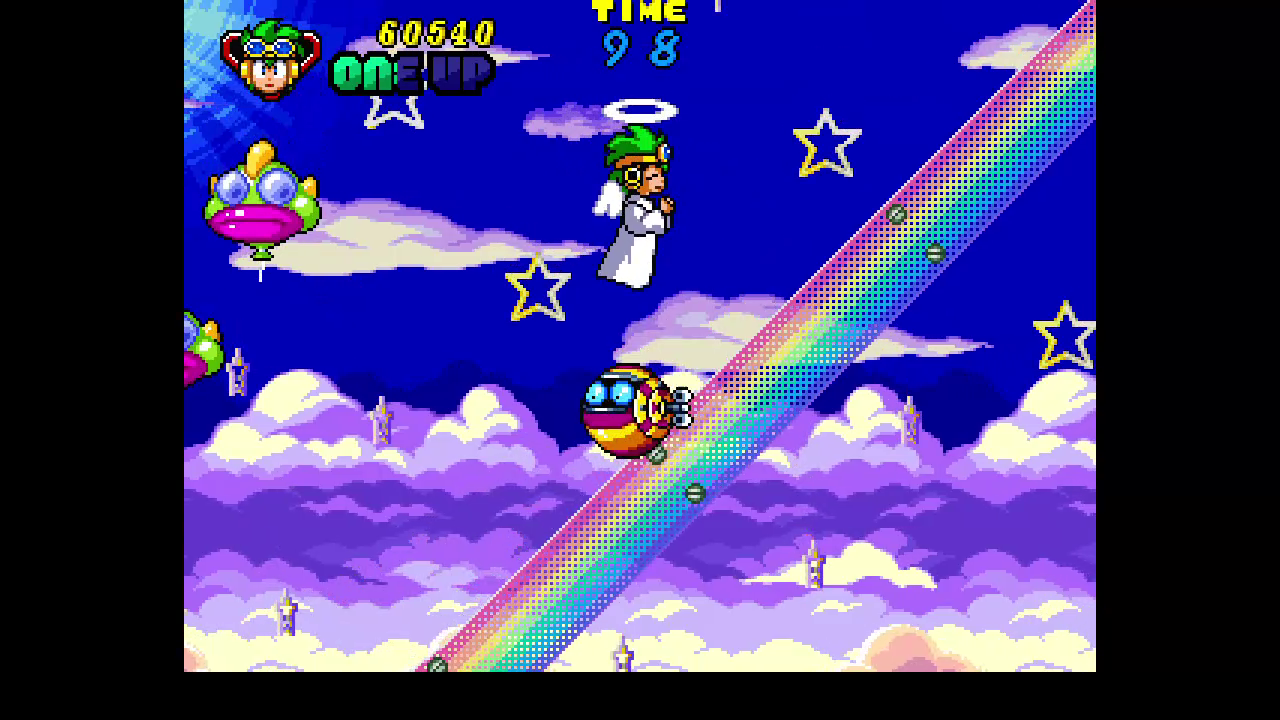 TA: It’s been a long while since Westone’s last “new” release. How does it feel to be back in the saddle?

RN: Since becoming a freelancer, I have been able to concentrate on game development and I feel that my lifestyle has become more simple. I no longer have to attend to the office, so I mainly work from home and have a lot more freedom in how I spend my time. I leave the complicated stuff to the talented people around me, and try to focus on making games that only I can make. I believe this will be my way of expressing my appreciation to all the people who have helped me in the past. 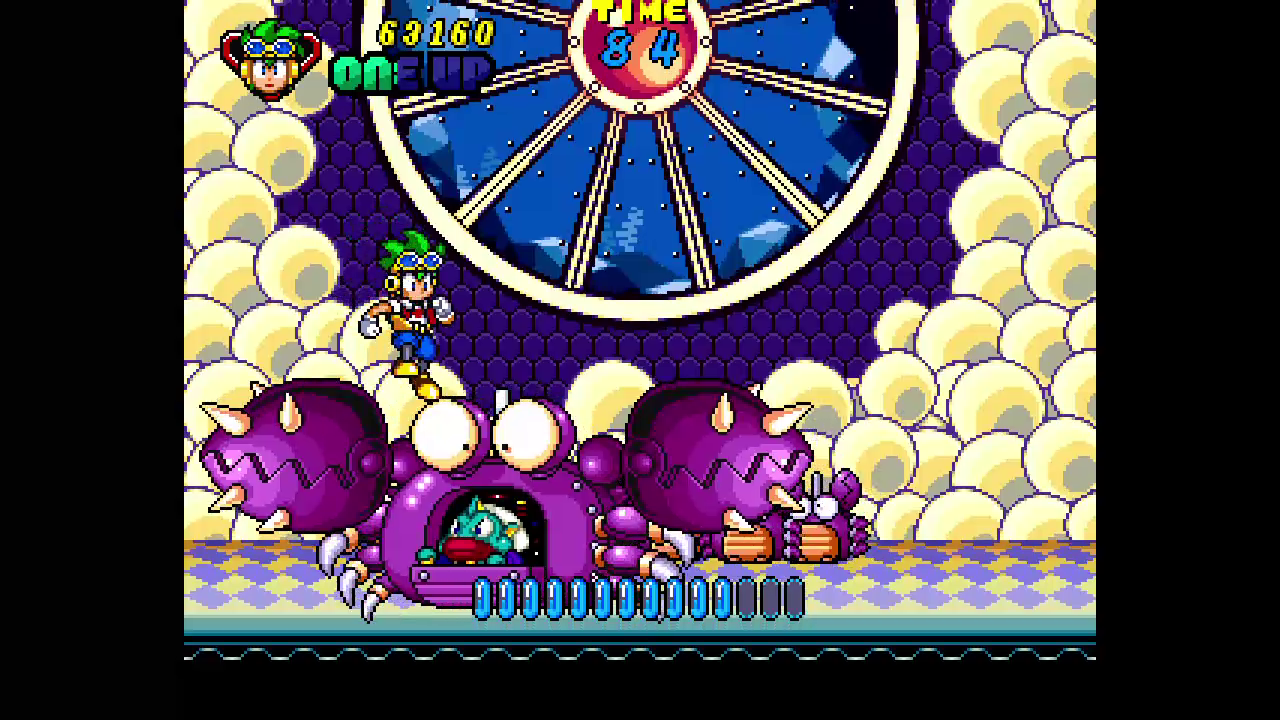 TA: You’ve been in the game business for a long time. What is something interesting about today’s gaming world that you wouldn’t have ever imagined 30 years ago?

RN: I entered the game industry in 1981. It’s been 40 years now. During this time, there have been many technological innovations. With the spread of cell phones and the Internet, computer technology has evolved into something more personal. Everyone now has access to an environment where they can play games. There is no need to go to a video game arcade anymore. We can now play games whenever and wherever we want. Who could have foreseen such a future 30 years ago? There was a time when it was said that games were a hobby and no one would be bothered if they disappeared from the world, but now everyone says that a world without games is impossible. 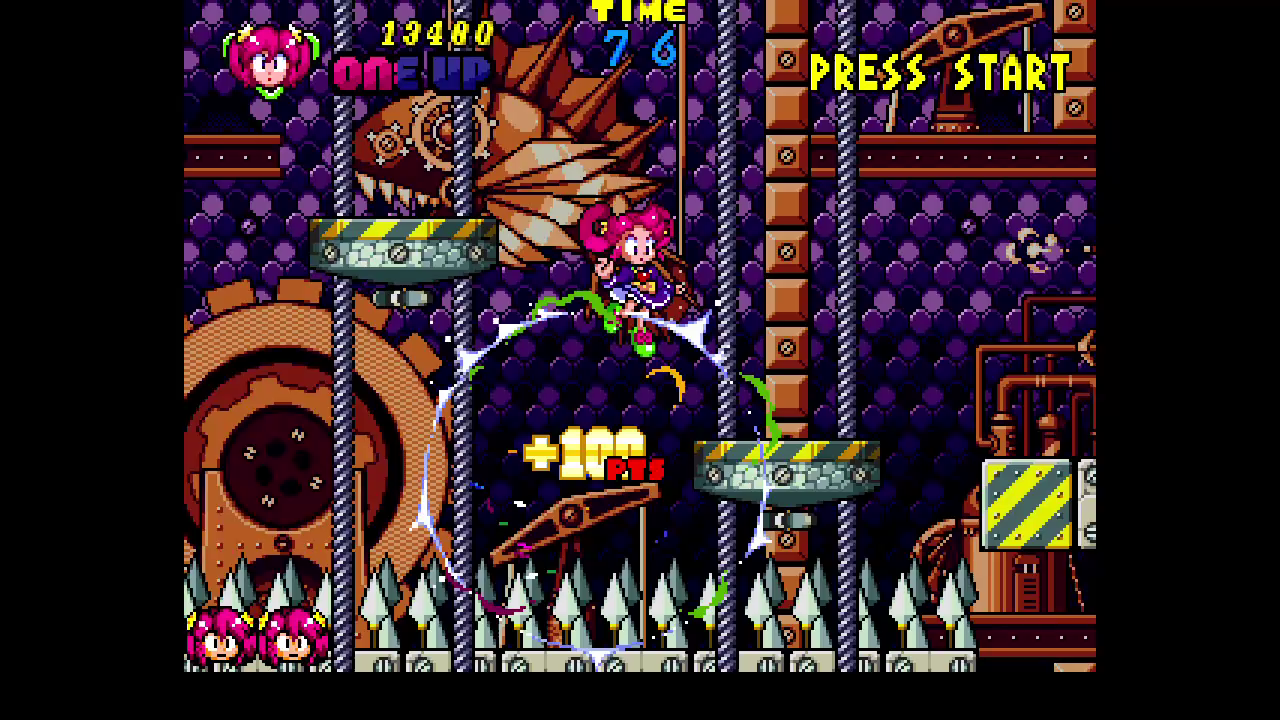 TA: With so many remakes, homages, and revivals, it seems like the works of Westone are enjoying a major renaissance these last few years. How does that make you feel?

RN: It’s a bit ironic that dissolving Westone has opened up a whole new world of IP possibilities, but it’s great to see that our work is surviving beyond the business world. I will continue to make games for my fans around the world who love Westone. 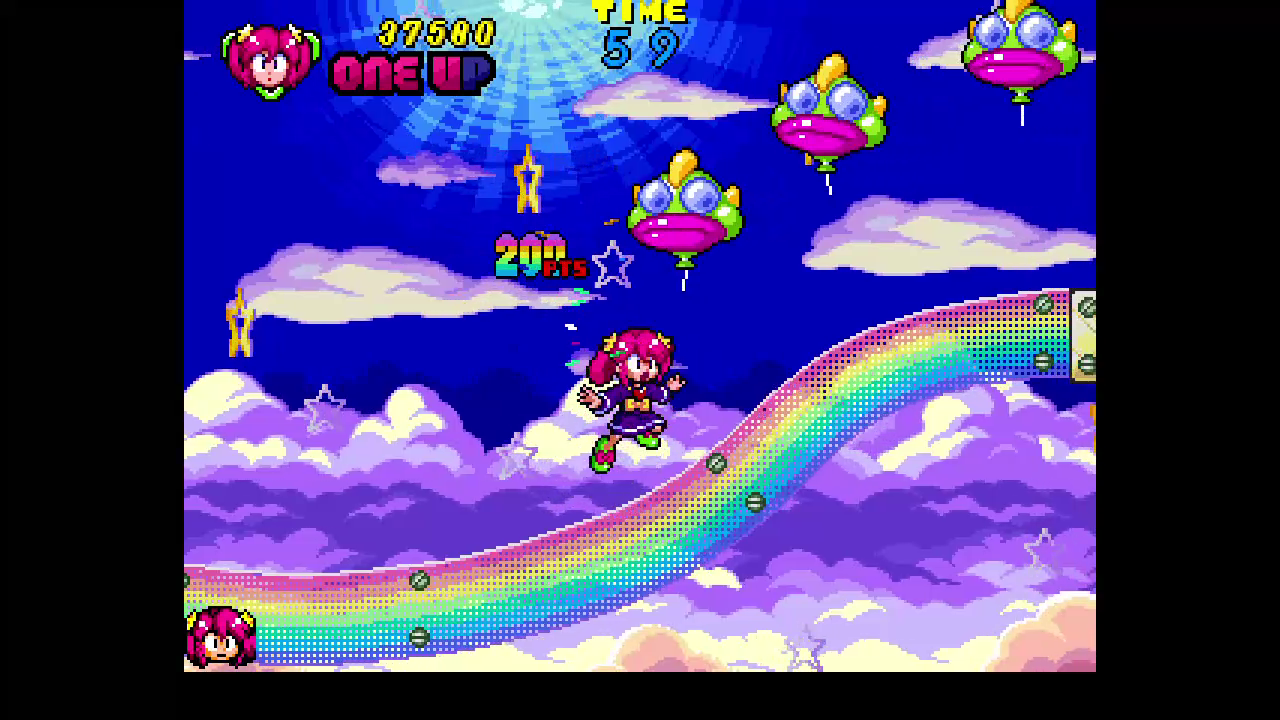 TA: Supposing someone is familiar with your work through the Wonder Boy/Monster World series, what would you say to get them interested in checking out Clockwork Aquario?

RN: Octopus and swordfish appear in Wonder Boy. In Monster World, crabs and jellyfish can be found. Aquario features a giant squid, a giant crab, and even a giant penguin. If you like aquariums, you’ll love the variety of marine life in this game. 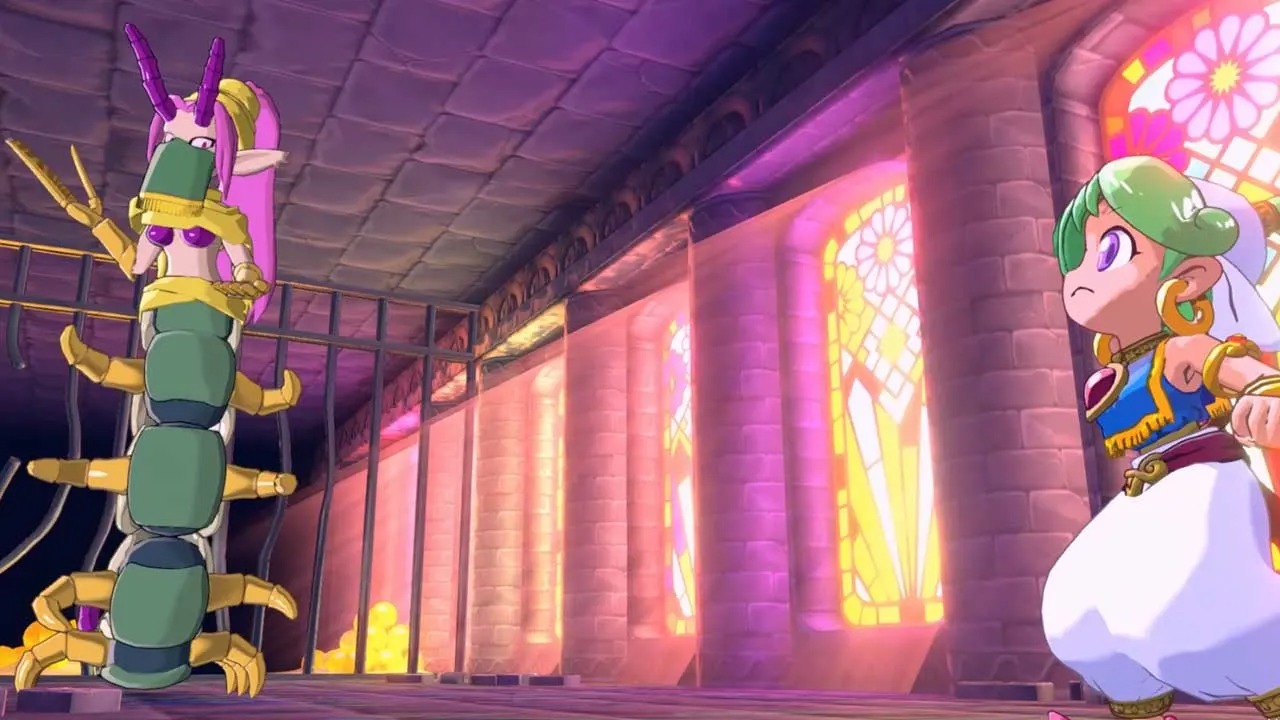 TA: Do you have any plans to design any new games in the future? Could Westone make a comeback in some form?

RN: We’ve finished the development of Asha in Monster World, a remake of Monster World 4, and are currently preparing the next game. We are planning something that will meet everyone’s expectations, so please look forward to it. I think there is a good chance that Westone will make a comeback in some form in the near future. I think Dennis would be most pleased if that were to happen. (laughs)

TA: Do you have anything you’d like to say to our readers that we haven’t talked about already?

RN: Social networking sites have come to play a major role as a tool for connecting people. If it weren’t for social networking, Dennis and I would never have met, and Aquario would never have been brought back to life. Thirty years ago, we had no way of knowing who was playing the games we created, where, how and why they were playing them. There was no connection between those who created the games and those who played them. The fact that the existence of the cancelled Aquario game was spread through the Internet and connected us to people who had the will to restore it is worthy of being called a miracle. I am truly grateful for such a wonderful experience.

Well, there you go. As mentioned earlier, Clockwork Aquario is currently planned to release this winter on both Nintendo Switch and PlayStation 4. It will be available digitally and can currently be preordered in a variety of lovely physical editions from the folks at Strictly Limited Games. If you enjoyed games like Wonder Boy: The Dragon’s Trap, Asha in Monster World, or SEGA AGES Wonder Boy in Monster Land, you’ll certainly want to keep an eye on Clockwork Aquario. A huge thank you to Mr. Ryuichi Nishizawa for answering our questions, and to the folks at Hound PR for facilitating.